Australia: Snowy weekend ahead yet again for the Alps 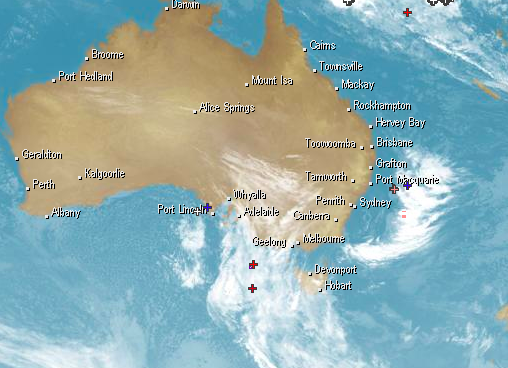 More snow is on the way for alps this weekend, continuing a good start to the season at Australia’s ski resorts.

After a spell of freezing nights and mostly sunny days in the alps, cloud and showers returned to the mountains on Thursday. Unfortunately, these showers were falling as rain at most resorts during the morning, or a mix of rain and snow, owing to warm air flowing into the region from the north.

Despite this damp start to the day on some of the slopes, colder air will descend over the alps during the next 24 hours, allowing the temperature and snow level to drop.

Light snow showers are likely above about 1100-1200 metres on Thursday night and Friday, amounting to a few centimetres of extra cover before the weekend. Artificial snowmaking will help boost the base even further at the main ski resorts during this time as well.

Heavier snow is likely to fall on the weekend with the passage of a cold front. This system will bring 5-10cm of natural snow on Saturday, before clearer skies and lighter winds return on Sunday.

This weekend’s snow will be building on one of the best early-season snow bases the ski resorts have seen during the last 20 years.

A series of cold fronts earlier in the month produced close to a metre of snow in Australia’s alps. The natural snow depths measured at Mount Hotham in Victoria and Spencers Creek in NSW at the start of last week were the highest for that early in the season since 2000.

While there has been a bit of snow loss during the last week from melt and compaction, many areas in the alps were still enjoying their best depth for this point in the season for six years.

The natural snow depth reported at Mount Hotham on Thursday morning was 65cm, which is the highest for this date since 2012.

This Sunday is likely to be one of the best days so far this season on the slopes, with fresh cover on the ground and patches of blue skies overhead.