Home > News > Australia: Snow on the horizon this week...

Australia: Snow on the horizon this weekend! 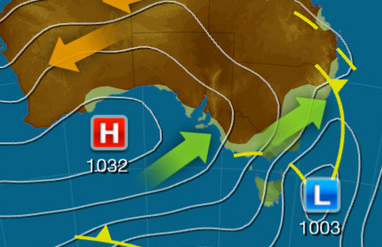 It’s going to snow in Australia this weekend.  A pool of cold air that originated over the Southern Ocean will spread across the nation’s southeast on Sunday in the wake of a cold front.

Temperatures will drop to their lowest levels in months and it will be cold enough for snow on the mountains of Tasmania, Victoria and New South Wales.

Snow is not uncommon in April, although the mix of cold air and moisture rarely line up enough to bring heavy falls at this time of year.

This weekend’s front will not be a rare one. Most of the precipitation on Sunday will fall as rain in warm northwesterly winds ahead of the front. There will only be a few millimetres of rainfall left behind the front when temperatures plunge, which means only a centimetre or two of snow is on the cards.

Some mountains in eastern Victoria and Tasmania that are more exposed to southwesterly winds could see a bit more, perhaps about five centimetres.

So while the prospect of early season snow is starting to create a buzz, it’s still a bit early in the season to get the skis out of storage just yet.

The start of next week will be chilly across the southeastern states. Monday is forecast to the coldest day in four to five months for Canberra (17C), Melbourne (17C), Sydney Airport (20C), Perisher (6C) and Mount Hotham (3C). Wind chill will add to the wintry feel as well, make it feel a few degrees cooler than it is at times.