Australia: Record September rain for Ballina, NSW…and before the first week is even done 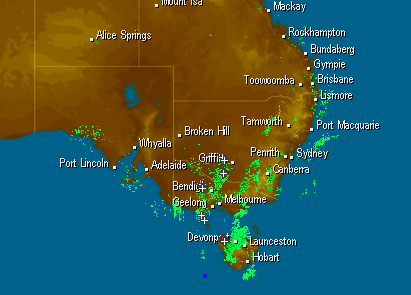 A deluge of rain in the 24 hours to 9am yesterday saw a number of records broken for Ballina, all within the first week of the month.

The start of this September is a stark contrast to those of the last decade with record breaking rainfall in the first 5 days.

A low pressure trough along the northeast coast delivered four days of rainfall, with some pretty impressive totals. In the 24 hours to 9am on Tuesday, 79.4mm of rain was recorded, which although not the highest daily total for September at the time, is still well above the monthly average of 61.7mm.

In the following 24 hours to 9am Wednesday records began to fall, with 100mm falling in the gauge. Not only is this the wettest day in 18 months for Ballina, it is also the wettest September day in 25 years of records, toppling the previous highest daily total of 92mm set back in 2006. Not only that but this single day’s rain is more than the entire month of September saw in any of the last seven years.

By 9am Wednesday the gauge had recorded 204mm of rainfall this month, making it the wettest September in 25 years and the wettest month since June 2017 when 404.2mm fell.

Perhaps most impressive of all is that all these records have been broken in just the first five days of the month.

Looking ahead, further showers are expected for the remainder of the week, so don’t pack away the umbrella just yet. Bright and drier conditions should return by the end of the week into the next working week.