Australia – Rain looms for NSW after dry start to May 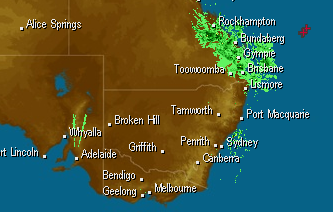 It has been a dry start to May across New South Wales, although some decent rain could be on the horizon.

Dominant high pressure systems over Australia’s southeast so far this month have caused mostly dry weather in New South Wales. These highs hinder the progression of cold fronts and troughs that usually bring rainfall at this time of year.

Most weather stations in New South Wales recorded less than ten percent of their monthly average rainfall during the first ten days of May. Many areas in the west and south had received no rain at all as of 9am yesterday.

Of the locations that are yet to see any rain this month, this has been the driest start to May in at least 17 years for Kempsey, 15 years for Ulladulla, nine years for Singleton and eight years for Albury.

Clear skies and light winds, underneath the dominant high pressure systems, have also brought a string of cold and frosty mornings this week.

Monday was the coldest May morning in six years for parts of the Central Tablelands, where Orange and Bathurst both dropped to minus 4.5 degrees. Impressively, the minimum temperature in Goulburn and Orange on Monday was lower than any morning last winter.

Looking ahead, showers are likely to develop in parts of the state’s east and northeast on the weekend. Falls look to be fairly light from this system and the showers will be hit or miss.

There are indications that more substantial rainfall could develop during the second half of next week as a low pressure trough sweeps across New South Wales.

It is too early to tell how much rain will fall and which areas will see the most rain from this event. However, computer models indicate that a number of areas could see the best rain in a couple of months.