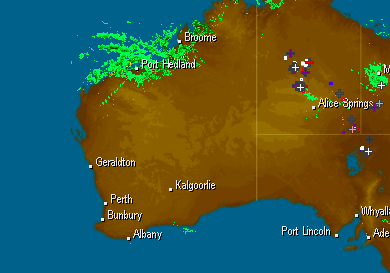 Perth is having its wettest October in six years and the wettest year to date since 2005.

Western Australia’s capital city registered 4.2mm of rain during the 24 hours to 9am on Thursday, which brought their running monthly total to 39.6mm. This is now the city highest October total since 2011 (64.2mm), despite being more than 10mm below the long-term monthly average for this time of year (52mm).

As of 9am today, Perth has recorded 806mm of rainfall during the year to date. This is its highest January to October rainfall total in 12 years, when 856mm had fall by the end of October. By the end of October last year, Perth had only collected 691mm and just 584mm in 2015.

Drier weather will return to the city during the final days of October and should continue at the start of November as a high pressure system moves to the south of Western Australia.