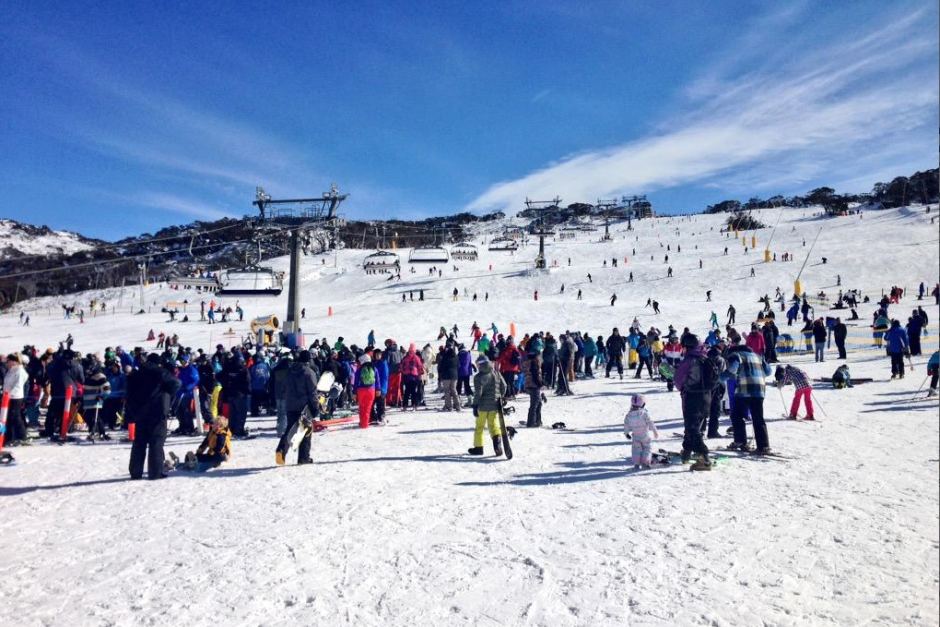 Hundreds of people have packed the slopes of the Snowy Mountains of New South Wales for the first weekend of the ski season.

Richard Phillips from Perisher Resort said more than 30 centimetres of early snow had come down.

“Conditions have been great and the crowds have certainly turned up for the Queen’s birthday long weekend,” he said.

“It has been the best opening weekend for several years, and the natural snow and the extreme cold that we had last week has been great.

“It’s good to have so many lifts open, 11 lifts in total so people can spread out.”

It was not only locals who put on their skis and snowboards, many international tourists took advantage of a climate that Australia was not always renowned for.

Despite sunshine across the alps, temperatures on the slopes at Perisher and Thredbo hovered in the single digits on Sunday.

More snowfall was not expected until Tuesday, but resorts said their snow-making operations should well and truly cover the slopes until then.

“We’re hopeful of some good follow up snowfalls and a great season ahead,” Mr Phillips said.