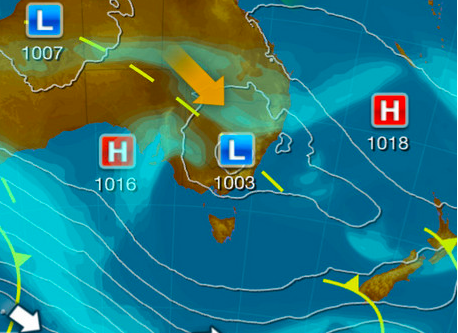 A low pressure system and associated trough will trigger the multi-state storm outbreak, which will be made particularly intense in some areas by a mix of cold upper level air and wind shear (change in wind direction and speed with height).

The storms will start to develop during the morning in some areas but will be most widespread and intense in the afternoon.

The most likely area for severe thunderstorms will be in southeast Queensland and along the central and northern coast, slopes and ranges of NSW. Storms in this region will be capable of producing heavy rain, damaging winds and large hail, with very dangerous supercells also a risk.

Storms are possible in Brisbane, Sydney and Canberra on Thursday and a number of centres could see their first severe storm of the season.

The latest severe thunderstorm warnings are available at: http://www.weatherzone.com.au/warnings.jsp