Australia – Melbourne’s weather gets crazy with autumn hotter than summer 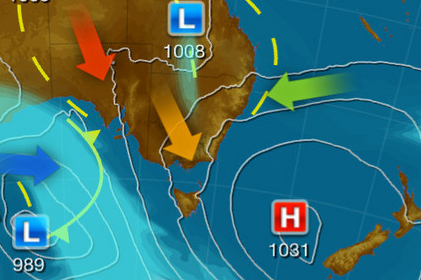 Melbourne’s start to autumn is so hot, the average temperature is so far exceeding that normally experienced in January and February.

Bureau of Meteorology senior forecaster Dean Stewart said it was an extraordinary start to March.

“Our average so far this March has been 27.5 degrees Celsius, which makes it warmer than any of the months we had over summer,” he said.

“So we’re actually higher than any of our summer temperatures so far.”

Melbourne is on track for its hottest March in 77 years with the warm weather set to stay for at least another week.

“The forecast is we’re really expecting further days in the low 30s or mid to high 20s,” Mr Stewart said.

“That average looks like being at least sustained, perhaps increasing over the coming week.

“So we’re on track at least to be the second warmest March on record.”

The minimum temperature for the first two weeks of autumn was 16.9C, the record high for March is 16.8C.

Just 0.4mm of rain fell in the first two weeks of the month, making it the driest start since 2007.

Mr Stewart said it was the same story across most of Victoria.

“The rain’s been very light on over majority of the state. The only area that has received more than about 10 millimetres of rain has been out in the far eastern parts of Victoria, out in east Gippsland,” he said.