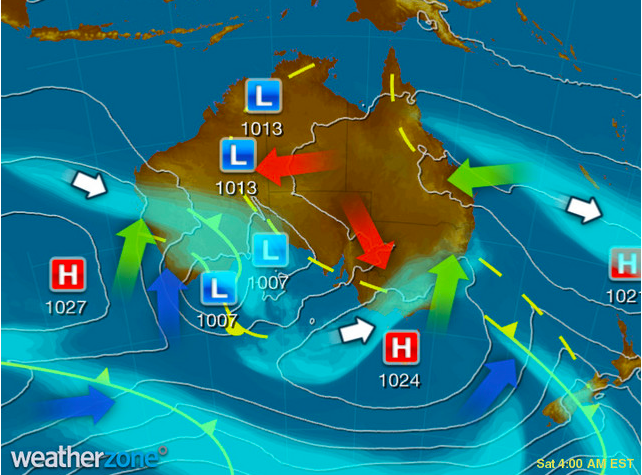 A cool change finally made its way to eastern parts of Sydney on Friday, following what has shaped up to be the hottest October day in two years across various suburbs.

By 1pm, the temperature had dropped by almost 14 degrees in Mascot after it hit 34.7 degrees about 30 minutes earlier.

Just after the cool change hit the airport around 12:30pm, the difference in temperature at Mascot and Observation Hill was a staggering 10 degrees. The station, which represents the temperature in the CBD of Sydney, hit its two-year October high shortly before 1pm when it reached 33.5 degrees.

Most locations across eastern Sydney cooled by 5-10 degrees in less than 30 minutes. However, inland areas will take a bit longer to cool down significantly, with temperatures in excess of 30 degrees still reported over places like Bankstown, Campbeltown and Olympic Park after 1pm.

Further, more gradual cooling is expected over Sydney as circulation from the south persists throughout Friday and into Saturday, also bringing potential light showers overnight. The change is also expected to bring significant cooling across the eastern seaboard as it slowly makes its way up the coast.