Australia – Hot and dry autumn ahead 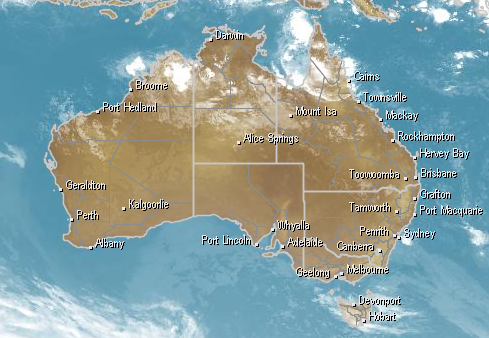 Australia’s seasonal outlook for autumn is hot and dry, but what is causing it?

Both maximum and minimum temperatures look to be above average, especially for central Australia, extending down through inland NSW and western VIC. Most inland locations of WA, SA and QLD will also be adversely affected by the unseasonal warmth. The far southwest corner of WA and coastal parts of NSW and QLD look to have some relief with onshore winds cooling the average temperatures.

Rainfall amounts also look to be much less than average, particularly for inland parts of SA, NSW and VIC. This rainfall trend also extends through the entire country, with the exception of the tropics and the eastern seaboard. It should be noted that this is typically a drying time of year due to tropical moisture decreasing.

In contrast, much of northern NT look to receive average rainfall and below average maximum temperatures, due to lingering monsoonal activity.

Despite the warmer and drier than normal outlook, the El Nino Southern Oscillation (ENSO) is in an inactive phase and is providing little abnormal climate influence on Australia. Other major climate drivers (such as the Indian Ocean Dipole) are also neutral.

The models are indicating higher than normal pressure over the Bight and Tasman Sea throughout autumn. This prevents cold fronts from progressively advancing further north during autumn to achieve the ‘winter-like’ weather. These high pressure systems also direct onshore winds to coastal locations of QLD and NSW, revealing why these regions may not be as hot and dry as their inland counterparts. However, ocean temperatures are still much warmer than average so cooling might not be as dramatic as a typical autumn would see.