Australia: Frosty farewell to Autumn for many today 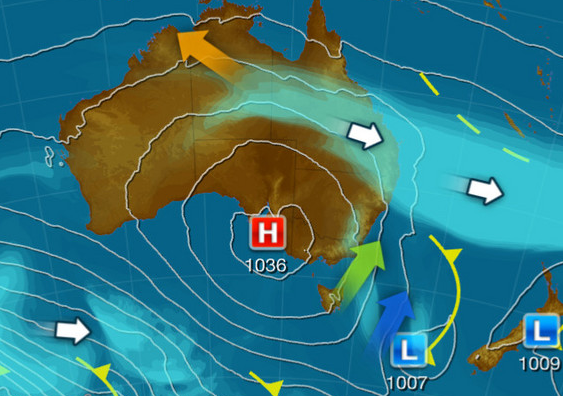 The final morning of autumn is feeling unquestionably winter-like across a large swathe of inland Australia.

A strong high pressure system centred to the west of Victoria is allowing mostly clear skies and light winds to combine with a cold air mass over eastern and southern Australia. This setup is leading to a string of cold and frosty mornings in parts of Queensland, New South Wales, the ACT, Victoria, Tasmania and South Australia this week.

In Queensland, temperatures plunged below zero across the Darling Downs last night. Warwick’s -2.7 degrees just before 7am today was its coldest temperature in almost two years and the coldest for May since 2012. Dalby also had its coldest May start in five years, dipping to -0.7 degrees so far this morning.

The slopes and ranges in New South Wales were also covered in frost as the sun rose this morning. Glen Innes reached a low of -5.7 degrees for the first time since last winter, beaten only by Mount Ginini (-5.9C), Perisher (-7.7C) and Thredbo (-7.6C). It was the coldest May morning in 11 years at Broken Hill (0.7C) and five years at both Ivanhoe (1.5C) and White Cliffs (4.4C). Canberra’s -0.7 this morning and yesterday’s minimum of -4.5 make this the coldest final two mornings of autumn in 12 years for the nation’s capital.

Victoria’s Ballarat shivered through the coldest morning in close to two years, reaching a low of -3 degrees just before 5:30am. Walpeup (1.3C) had its coldest May morning in seven years, while Falls Creek (-6C), Hunters Hill (-0.6C) and Mount Gellibrand (2.9C) have not been this cold during May since 2011. Southerly winds and partly cloudy skies helped prevent Melbourne from dropping below 6.7C, which is only two below average for this time of year.

Temperatures in northern Tasmania were exceptionally low for late-May. Scottsdale reached -1.7 degrees at 7am, which was its coldest temperature in 22 months and the lowest for May in 39 years. Smithton’s -0.3 was also the coldest in close to two years. Launceston’s -1.5 was the town’s coldest minimum since last June.

Padthaway in the Upper South East district of South Australia reached -1.1 degrees for the first time since July 2015 early this morning. Closer to Adelaide, Mount Lofty (1.5C) had its coldest May morning in 17 years.

The frost-producing high will ensure that tomorrow morning is fittingly freezing for a large swathe of inland Australia to kick off winter.