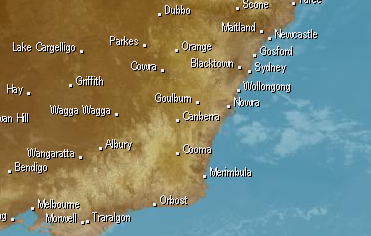 The nation’s capital has rewritten the record books this morning, producing a May-like morning in February.

A strong front that crossed on the weekend carried a very cold airmass for this time of year over southeastern Australia. It even produced snow in the Victorian Alps.

Overnight winds became light under clear skies, allowing the temperature to drop to a chilly 2.8 degrees. It is possible that a few people managed to spot a light frost on the ground in parts of the ACT.

From tonight onward temperatures should be much warmer by day and by night, with minimum temperatures likely to stay near or above 10 degrees.