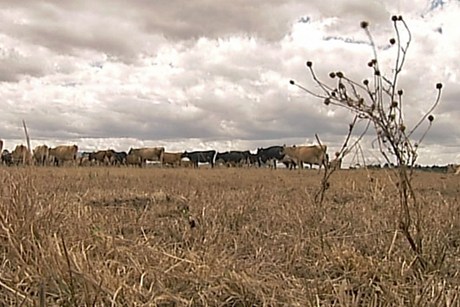 Emergency services are on alert in South Australia as much of the state faces a severe heatwave over the next week.

Police have asked the public to be vigilant to the dangers of bushfires, while known arsonists have been warned Operation Nomad patrols will be out in force.

Adelaide is facing temperatures above 40C for the next five days, as is most of the state including Renmark and Port Augusta.

The SES is urging people to drink plenty of fluids and keep in regular contact with elderly relatives, friends and neighbours.

It suggests people keep their homes cools by closing blinds and curtains.

Premier Jay Weatherill says people who do not have home air conditioning should consider heading to cooler public facilities such as cinemas, shopping centres and libraries.

The air-conditioned Adelaide Central Bus Station will be open for 24 hours to provide respite to those who may need it after hours.

This will continue until the extreme heat warning is rescinded.

The RSPCA has warned just six minutes in a hot car can kill a dog.

“There is no reason to leave pets in vehicles in high temperatures or at any time,” said RSPCA South Australia executive manager of animal operations Kerriann Campbell.