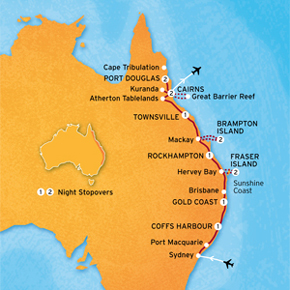 After months of very dry conditions over eastern Australia, the weather gods took notice and opened the gates of heaven bringing some relief to areas stricken hard by drought.

Over the past seven days, widespread rain in the order of 25 to 50mm fell from about Charters Towers in Queensland, down to about Wagga Wagga and Hay in New South Wales. Some centres were lucky enough picking up in excess of 50mm in NSW’s Upper Western and QLD’s Maranoa and Warrego.

While this amount of rain is significant for August across inland areas of NSW and QLD, they are not particularly significant when compared to the amount of rainfall received during the summer months. The 3-day accumulation was highest east of the Divide with areas over NSW’s Illawarra picking up in excess of 300mm. Across the northern border, the highest 3-day totals occurred over the Southeast Coast with areas picking up in excess of 100mm.

Over the next seven days, more rain will continue to fall east of the Divide over far northeastern NSW and southeastern QLD, with expectation of some areas receiving between 150 to 300mm.

The reason for this unseasonable amount of rain is a slow moving high pressure system over the Tasman directing southerly onshore winds across the eastern seaboard. These winds pick up moisture as they move over the ocean reaching the land areas moisture-laden. As they are forced onto the Great Dividing Range, the moisture condenses and precipitates bringing rainfall to the windward side of the mountains, hence these onshore winds are an incredible source of rainfall for this part of the country.

This week however, a trough over eastern Australia will help to ‘lift’ these onshore winds to the cooler upper atmosphere drawing all the moisture out of the atmosphere as it precipitates over NSW’s Northern Rivers and QLD’s Southeast Coast.