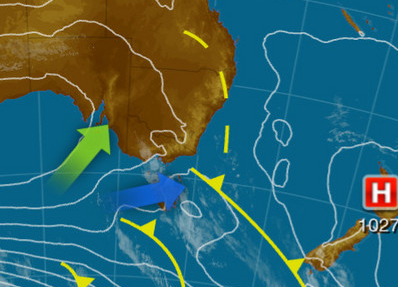 The NSW Rural Fire Service announced this week that nine Local Government Areas will commence their bushfire season early this year, following a run of warm and dry weather during winter.

Hazard reduction burns have been carried in parts of eastern NSW during recent weeks. These controlled burns are a regular occurrence at this time of year and aim to reduce bushfire fuel loads before the warmer months of spring.

While hazard reduction burns are normal during late winter, the start of the upcoming bushfire season has the potential be more active than usual.

Vegetation is notably dry in parts of NSW following a lack of winter rainfall. The state as a whole registered its driest June-July period in 15 years and some areas have received less than half of their average winter rainfall so far this season.

As of 9am yesterday, Katoomba in the Blue Mountains had registered 133mm of rain so far this season, which is well below their winter average of 279mm. Dorrigo in the state’s northeast only recorded a single day of rain during July and has remained completely dry so far this month.

Following this lack of winter rain, The Warrumbungle, Gilgandra, Mid-Western Regional Council, Port Macquarie-Hastings, Mid-Coast, Bathurst, Oberon, Lithgow and Blue Mountains Local Government Areas will start their Bushfire Danger Period on 1st September this year. This is one month earlier than the statutory Bush Fire Danger Period, which runs from 1 October to 31 March.

During the Bushfire Danger Period, a fire permit is required for burning activities to ensure that fire is used safely and to minimise danger to people, property and communities.