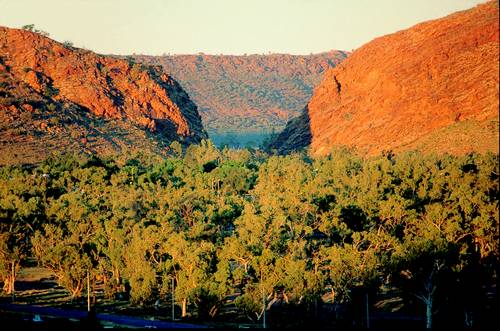 The Bureau of Meteorology (BoM) has withdrawn its advice Alice Springs recorded its hottest day on Tuesday, blaming a faulty thermometer for an incorrect temperature reading.

The ABC was told on Tuesday night the temperature at Alice Springs airport reached 46 degrees Celsius at 3:21pm (ACST).

But about midday today, the BoM said an instrument error was to blame for the record high reading.The standing record of 45.2C had been set on January 3 in 1960.

“The details are still under investigation,” climatologist Joel Lisonbee told the ABC.

“It looks like we had an instrument fault with with our automatic weather station at the Alice Springs Airport.

“We do have other thermometers on site.

“We have some mercury and glass thermometers that did not show that spike to 46C.

“They showed the maximum temperature yesterday to be only 41.5C.”

The hot weather had come less than a fortnight after the town was flooded.

Last night, bureau of Meteorology forecaster Steph Bond said a trough had forced “some really hot air” to go through the southern parts of the Northern Territory.

“Usually at least one or two records are broken every few years,” she said.

“It’s not something you see all that often, particularly the hottest on record.”

Alice Springs airport worker Helen Kilgariff spent about an hour on the tarmac on Tuesday and said the plane was the only option for shade.

“The temperature on the tarmac is always hotter than the quoted temperature,” she said.

“When it’s a day like that you spend the time that you’re on the tarmac trying to find bits of shade under the passenger stairs or close up against the aircraft where it’s shady.”

The Bureau of Meteorology has since withdrawn that claim, blaming a faulty thermometer for an incorrect temperature reading. 🙂