Australia: Cooler weather still no relief from humidity in Sydney 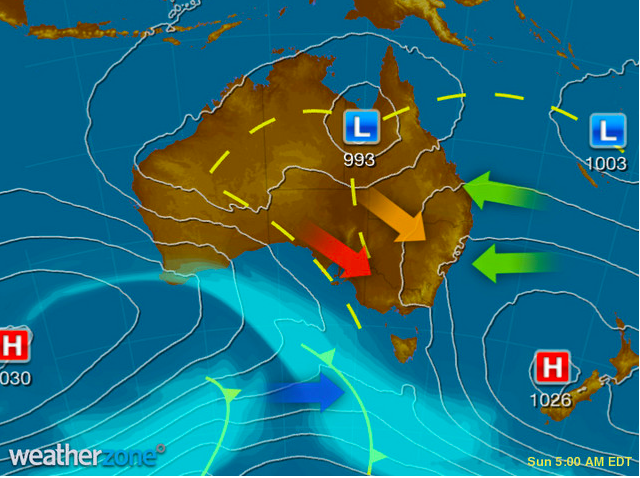 Following a spell of record heat and extended heatwaves across large parts of New South Wales, and Sydney’s hottest day in more than a year on Thursday 31st January, a strong southerly change and rainy weather has brought welcome relief to the extreme temperatures experienced across the city.

Unfortunately, the rainfall has also brought with it an increase in humidity for most of the city, which has helped to make if feel at least a couple of degrees warmer both during the day and at night.

Since the start of February, the relative humidity has not dropped below 65 per cent at Observation Hill at any point, making for very swampy weather. Additionally, the dewpoint temperature, the temperature to which the atmosphere would need to be cooled for water to condense, has been exceptionally high.

This measure of atmospheric moisture is very important when it comes to human comfort: the higher the dewpoint temperature, the more saturated the air is with moisture, and the less effective evaporative cooling of sweat from the skin becomes.

Looking ahead, an inland trough is allowing heat to gradually build, more rapidly from Sunday as coastal rainfall eases, although it will remain humid and uncomfortable for the forseeable future. Temmperatures in the high twenties and low thirties are expected to persist throughout the city, while evenings are unlikely to cool much below 20 degrees.

Given how humid it will likely remain, expect temperatures to feel a bit higher than the thermometer suggests.