Australia: Another reminder summer isn’t quite here yet 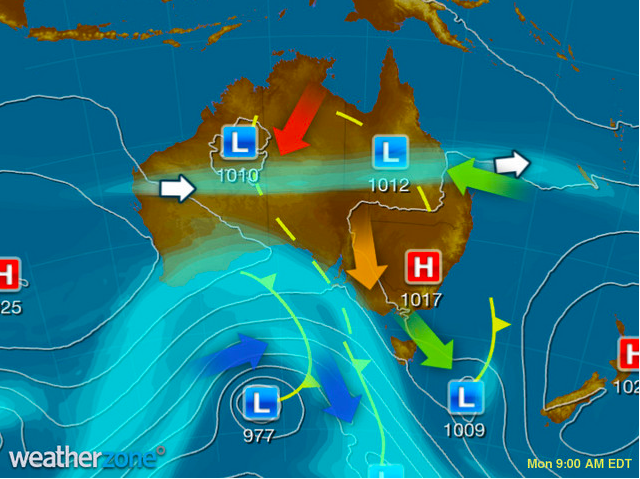 It’s been a month of see-sawing temperatures for some this October, and the last few days are no different for Adelaide and Melbourne.

After a very chilly day for Adelaide on Wednesday, temperatures warmed considerably into the end of the week, climbing from around 6 degrees below average, to nearly 6 degrees above average.

Melbourne, although not nearly as cold as Adelaide was on Wednesday, also warmed significantly at the end of the working week.

Heat from the interior was funneled down ahead of a cold front and low pressure trough, leading to balmy, almost summer-like days for both cities on Friday, with temperatures in the mid-to-high 20’s.

A cool change however meant these conditions were short lived, with temperatures significantly colder to start the weekend on Saturday.

Adelaide was nearly 9 degrees cooler and Melbourne over 10 degrees cooler on Saturday as a new airmass and cold southwesterly winds moved over the southeast of the country.

The pattern for the next week looks no different to the rest of the month, with two more brief very warm spells intermixed by more significantly cooler ones.

Summer is on the way, but keep the jumpers handy for now.