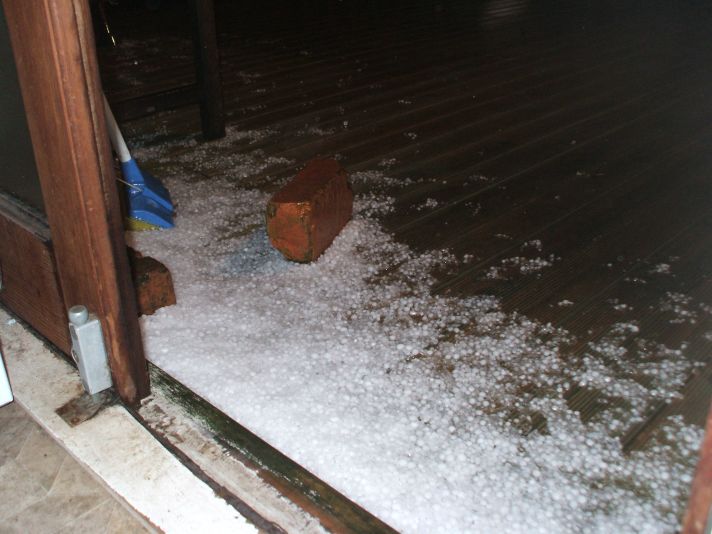 One large low is creating two completely different weather extremes over Australia and the storm now has it’s sights set on New Zealand.

Wild weather yesterday uprooted hundreds of trees and damaged property and crops across South Australia.  Hail was so heavy it dented car bonnets and roofs and damaged sunroofs says weatherzone.com.au.

Damage across Adelaide was widespread due to the large hail, up to 3cms across, and hundreds of fallen trees.

The massive low responsible for this severe weather is today expected to deepen further as it moves out in to the Tasman Sea.

According to WeatherWatch.co.nz’s storm centre the low is likely to have it’s biggest impact on New Zealand during Thursday with rain warnings likely across a number of western regions – possibly as far north as Central Plateau.

WeatherWatch.co.nz says another massive low will follow this one next week meaning the rest of September will be unsettled with significant weather events.

The spring equinox is tomorrow (when the sun spends the majority of its time shining over the southern hemisphere for the next 6 months) and this usually the ‘green light’ to spring’s stormiest weather.

Would you care to take a punt on what the weather will be like at Mt Ruapehu this weekend. Made the wrong decision last weekend and didn’t go so thought would be a good idea to seek expert advice. Thanks.

Heard some peels of thunder before and had heavy rain. Clouding over again.

October is always the stormiest month it surpasses July often.

First thunderstorm…. well looks very suspect anyway, just heading north just west of christchurch now. Lets hope the next one behind creeps towards us not past us.