August to end with September’s weather 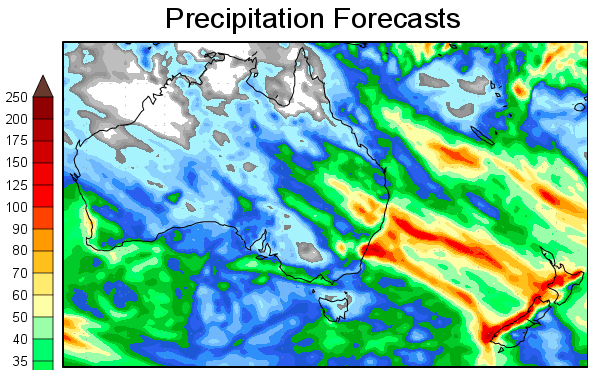 The final 10 days of the meteorological winter will end on a more spring-like note with no nationwide polar blasts in the picture and a return to windy westerlies, says WeatherWatch.co.nz.

Monday kicks off with sub-tropical northerlies once again pushing some places well above average for one of the coldest times of the year. For example, Christchurch has a high of 18 degrees today – although it drops back to 11 on Wednesday.

Napier starts the week with a high of around 17, maybe 18 or 19 further inland, then down to 13 degrees on Wednesday but a very mild 18 or 19 degree high on Friday.

While a couple of cold fronts try to change the weather at the start of this week, high pressure is pushing back – reducing rain bands to showers and cloudy areas in the North Island and east.

On Wednesday a very large low will engulf the Tasman Sea with more low pressure spiralling off Australia’s east coast and feeding into it. The large size may actually reduce some of the severe weather by spreading the energy over a large area and out to sea. Pockets of heavy rain and strong winds are likely between Wednesday and Friday – it’s a complicated and large system so expect forecasts to change a bit this week, mostly due to working out the precise timing of things with such a large area of low pressure.

Rain looks likely in many western and northern regions – with heavy falls.

Winds may rise to gale for a time too around central parts of the country and the North Island, perhaps around Thursday – it doesn’t look too severe at this stage, but again, keep up to date this week.

There may still be some polar air this week too in the South Island, so still some snow on the ski fields, and we can’t even rule out another flurry of snow in, or very near, Queenstown and some South Island alpine highways late in the week. Won’t be a huge amount but good news for ski fields.

The final days of August look like they may be settled in the north and mild in the south with westerlies.

In fact, long range for August 31st and the current air pressure map shows one thing – the windy westerlies in the Roaring Forties are waking up and it seems September’s weather pattern may already be kicking in this week.

Remember spring (especially September and October) is all about winter gradually fading and hints of summer gradually extending. In other words – frosts and snow are still very possible, if not likely, but the length of any cold snaps or polar blasts tend to be shorter-lived thanks to the windier westerlies that usually quickly return.

The long range maps suggest the westerlies may be pretty dominant over the coming weeks in our part of the globe.

The two ends to winter & starts to spring: 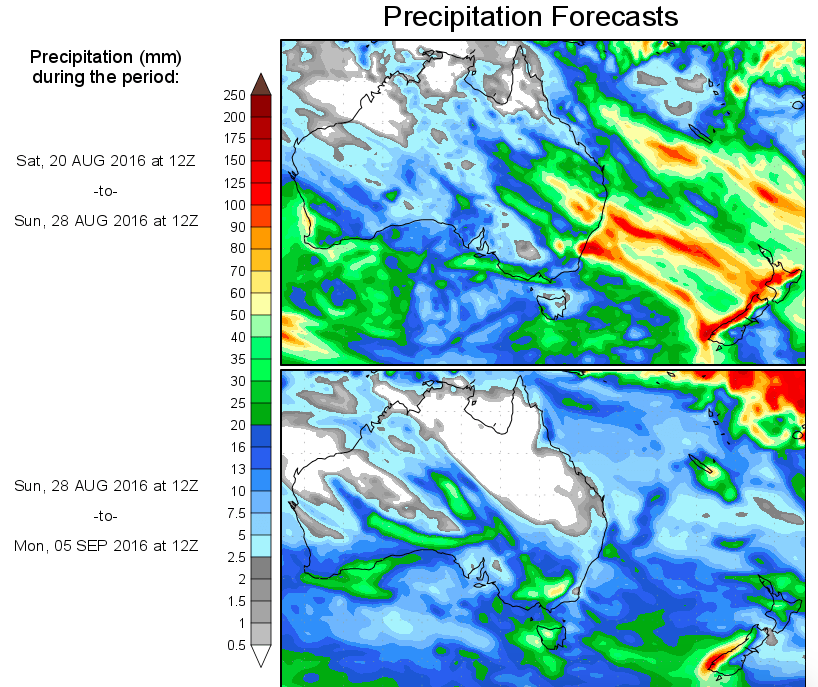 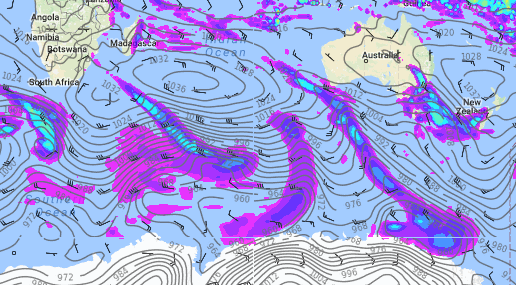 Is there is a reason for NZ to have a season start on the first day of the month not like the Europe? See this link  http://useful-dates.com/seasons.php ;

Hi there – thanks for the question.

The two dates exist in every country and each nation is different in how much they focus on the two. Australia and NZ both tend to go with the meteorological dates and in the USA many people and media outlets go with that meteorological date on the 1st too, as well as the more ‘official’ astronomical date. In saying that – many in the northern hemisphere who have more extreme seasons than we do in NZ seem to be more aware of the later astronomical dates which may be far more apt for where they live – but in NZ it’s hard to insist it’s still winter across September when lambs, daffodil’s and grass growth have been around for some since July, if not longer. In saying that, many argue December is very much a spring-like month and shouldn’t be classed as summer.  It’s subjective – and Internal Affairs confirmed to WeatherWatch.conz last decade that there is no official preference. We have polled this exhaustively over the past decade and overwhelmingly New Zealanders (by 70%) prefer the earlier meteorological start to the seasons but we always promote both.

Thank you for explaining it clearly.

No worries at all Ian 🙂