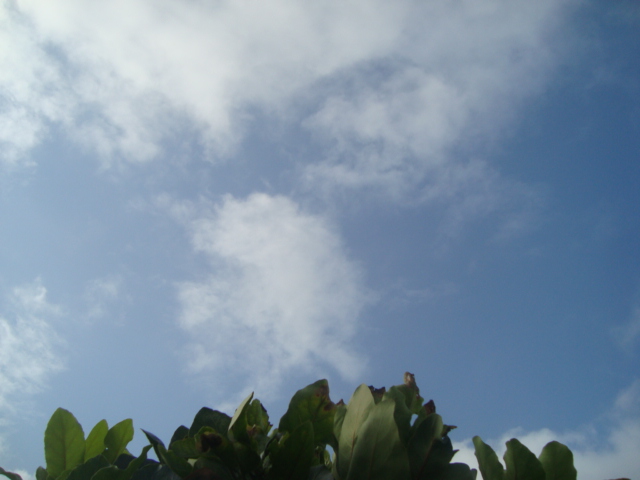 “It’s scudded” he says.  “The haze is probably salt-haze drifting off the wild Tasman Sea”.

“There are ice-cream castles in the air and they are all on the move.  Also some blue bits. It fits Auckland’s colours : blue and white”.

Winds have been gusting to 120km/h on the open waters, sending sea spray into the sky.

It was a bit weird, I was at Omana Beach this afternoon looking across the sea to Auckland and the clouds were the same colour as the sea… was hard to tell them apart… pretty colour though! :o)