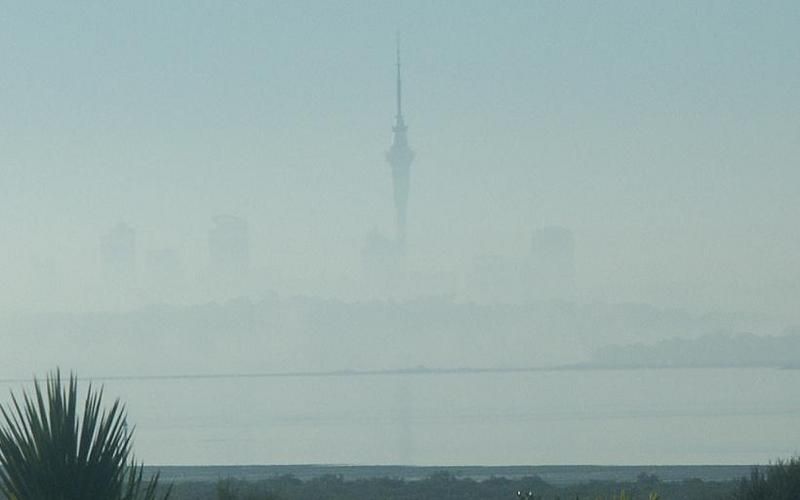 New Zealand’s main centres have the worst air in Australasia and Auckland is the most polluted with twice the concentration of damaging airborne particles as Sydney, the World Health Organisation says.

But Environment Minister Nick Smith yesterday challenged the accuracy of the WHO figures, which suggested that naturally well-ventilated Wellington had worse air quality than frequently smog-shrouded Christchurch and had air pollution as bad as New York.

The WHO this week released a compilation of air quality data from 1100 cities in 91 countries, reporting concentrations of “PM10” particles – those less than 10 micrometers in diameter which are capable of penetrating the lungs and entering the bloodstream where they may cause heart disease, lung cancer and asthma.

WHO’s air quality guidelines recommend a maximum of 20 micrograms of PM10 per cubic metre of air on average but Auckland with 23, Hamilton on 22 and Wellington on 21 all exceeded that.

Christchurch and Dunedin were recorded as having 20 and 19.

All five New Zealand cities had poorer readings than the 14 Australian cities included in WHO’s data.

Sydney had just 12 micrograms of PM10 particles per cubic metre, while Australia’s worst city was Brisbane on 18.

The WHO data put Auckland’s air quality in the same league as Tokyo’s and worse than New York’s on 21.

Green Party transport spokesman Gareth Hughes said the air pollution reflected in the figures was a result of Aucklanders’ dependency on cars and “should serve as a wake-up call to the Government which is about to pour $13 billion into new roads and motorways”.

“The Government’s not doing enough.

“We’ve got one of the oldest vehicle fleets in the world, Aucklanders are heavily car-reliant and it’s no accident we’ve got the highest air pollution in Australasia.”

But Dr Smith said the data was out of step with his Government’s numbers which showed all five New Zealand main centres had PM10 readings below WHO’s guidelines, including Auckland with a reading of just 16.

“I do find it odd that the WHO figures show Auckland has the worst air pollution problem in New Zealand when that is contrary to all the historic data which shows our biggest problem is in Christchurch.”

Dr Smith said his Government was serious about improving air quality, with a programme to convert 20,000 homes to clean heating, and tightening fuel and vehicle emission standards.

Meanwhile, WHO estimates more than two million people die each year from inhaling tiny airborne particles present in air pollution and a recent report to the Auckland Council estimates the health costs of air pollution in urban Auckland from all sources is at least $727 million a year and results in about 730 premature deaths each year.

The report found key sources of air pollution in Auckland were domestic heating, transport and industry.

Knew the readings weren’t correct when I first saw them – they didn’t make sense! Not sure why they got published by WHO without being checked.