Ash cloud latest: Air NZ up, other airlines down 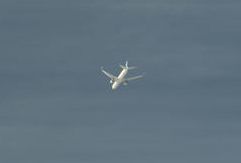 The Chilean volcano’s ash cloud appears to be settled over the country today, and possibly tomorrow, continuing the two weeks of flight disruptions.

Qantas has cancelled all trans-Tasman and domestic New Zealand flights today because of the ash cloud still lingering from a Chilean volcano — and its subsidiary Jetstar has done the same.

Pacific Blue has also cancelled its flights between the two countries today and tomorrow, and yesterday Chilean airline LAN says it would suspend its daily flights between Auckland and Santiago due to what it describes as “continuing uncertainty about volcanic ash cloud in New Zealand airspace.”

However, Air New Zealand said it was business as usual as its aircraft fly around and under the ash cloud, albeit at the cost of using more fuel.

Civil Aviation Authority meteorologist Peter Lechner said it had appeared the cloud would clear from over Northland but the latest forecast predicted it would settle over the country for the rest of the day and probably part of tomorrow.

“It looks like it’s more likely going to sit over us for a little while, which is a shame.”

Chile’s Mt Puyehue Cordon Caulle began erupting on June 4 and the volcanic ash, which has the potential to damage aircraft engines, began arriving in New Zealand a week later after traversing the Southern Hemisphere.

Mr Lechner said that this morning the volcano was still erupting, sending material 15,000 feet, or 4.5km, into the air.

“Fifteen-thousand feet might not be so bad, but occasionally it’s quite high, 30,000ft, and those are the ones which get as far as us.”

Air New Zealand is still operating its standard schedule to domestic and international airports, saying it is safe to fly below 24,000ft.