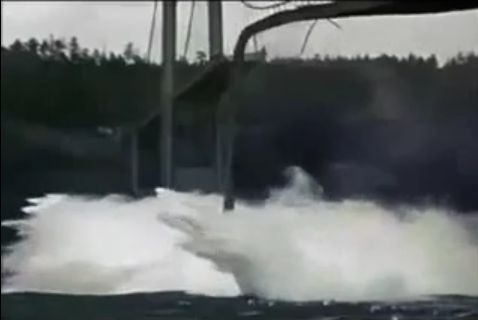 It received its nickname “Galloping Gertie” due to the vertical movement of the deck observed by construction workers during windy conditions.

Engineering issues as well as the United States’ involvement in World War II postponed plans to replace the bridge for several years until the replacement bridge was opened on October 14, 1950.