April – The month the rain returned 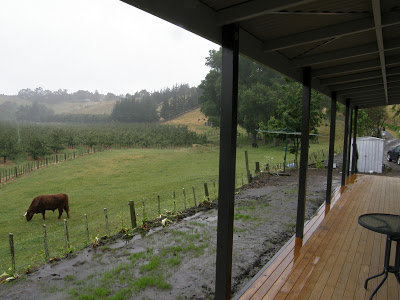 April proved warm to very warm over much of the North Island and the best news was that most drought affected regions received reasonable rainfall totals to either ease or completely break the very dry situation.

Lower air pressures dominated the picture which saw more northwesterly winds than normal affecting the country, resulting in a very warm month for many regions. Northwesterly fronts resulted in extremely heavy rainfall in the western Bay of Plenty on 20 April and in the Nelson and Tasman regions on 21 April.

• The highest temperature was 31.0 °C, recorded at Gisborne on 1 April.
• The lowest temperature was -5.9°C, observed at Ranfurly on 10 April.
• The highest 1-day rainfall was 155 mm, recorded at Milford Sound on 26 April.
• The highest wind gust was 161 km/hr, at Cape Turnagain, on 29 April.
• In April 2013, Tauranga was the wettest, warmest, and sunniest, Dunedin was the coolest, and Christchurch was driest and cloudiest of the six main centres.
• Of the available, regularly reporting sunshine observation sites, the sunniest four centres so far in 2013 (January to April) are: New Plymouth (1118 hours), Whakatane (1097 hours), Paraparaumu (1006 hours), and Lake Tekapo (1003 hours).