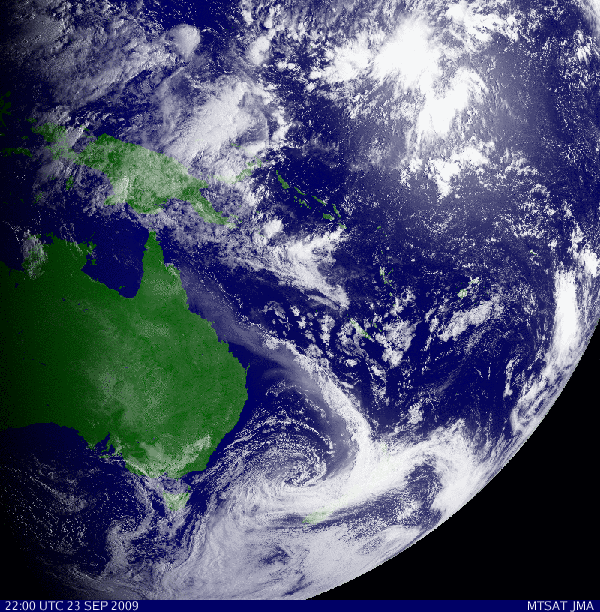 Satellite photos indicate an area of dust particles swept up in the storm measures up to 200km wide, a Bureau of Meteorology spokesman said.

Residents of the New South Wales south-western slopes and south-west Sydney have been warned to stay inside as much as possible.

Winds are expected to carry the dust into Queensland today.

Visibility in the city has been reduced, the BoM spokesman said, but there’s been no repeat of the dramatic scenes witnessed in Sydney on Wednesday morning, when the city was bathed in red, orange and yellow hues.

“The area of dust seems much smaller,” the BoM spokesman said.

Visibility is likely to be reduced for a couple of hours.

A dry, partly cloudy day with fresh to strong gusty westerly winds is forecast for Sydney today, with a top temperature of 21 degrees.

A severe weather warning is forecast for much of eastern NSW, including the Southern Tablelands, Central Tablelands, south coast, the Illawarra and the Hunter district.