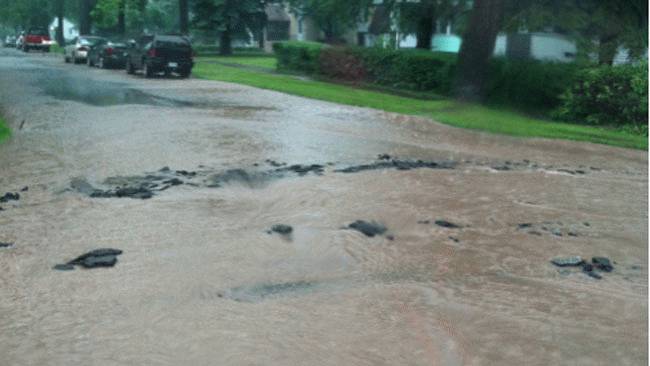 Residents evacuated their homes and animals escaped from their pens at a zoo as floods fed by a steady torrential downpour struck a city in northeastern Minnesota, officials said Wednesday.

Police officers helped track down a polar bear that got out of its enclosure overnight at the Lake Superior Zoo in Duluth.

“Even though it’s a large white object, it’s pretty nerve racking,” police spokesman Jim Hansen said of the chase for Berlin, the female polar bear. Zoo officials said she was darted by the zoo’s vet and placed in quarantine.

Keely Johnson, zoo spokeswoman, told the Duluth Tribune that many of the zoo’s animals have drowned, including all but one of the zoo’s barnyard animals. She said the zoo’s donkey, goats and sheep have died. She said it’s possible others have drowned, as flooding on the grounds have consumed some of the exhibits, such as the raven and vulture cages.

Officials said no animals left the zoo grounds and all have been secured.

By The Weather Channel