America’s love affair with weather (and those who forecast it) 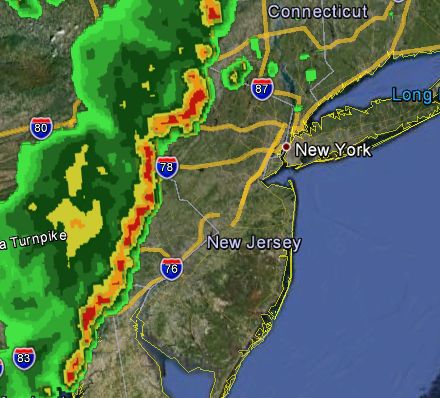 America has a love affair with the weather…maybe “love affair” isn’t the right phrase.  “Obsession” is more accurate, I think.  There are literally thousands of weather organisations in the US.

And, when you add up all the weather forecasters, meteorologists or other atmospheric science related professionals, there are tens of thousands of them.  Around 35,000 at last count.  That’s roughly the population of Gisborne.

So where do they all work?

Well, almost every TV station that is affiliated with a network employs at least 1 full time weather forecaster, some have as many as 5 or 6.  A large number of them have 4 year college degrees in meteorology, as well as training to be TV presenters.

Now, there are nearly 250 TV markets in the US.  Each of those markets averages 4 network-affiliated stations.  So, even if there was just 1 weather professionals at each of those stations…that’s 1,000 in TV alone.

Then you have the National Weather Service (NWS).

Formerly known as the United States Weather Bureau, the NWS is only one of 6 different agencies that make up the National Oceanic and Atmospheric Administration (NOAA).  The 142 year old organisation employs thousands of atmospheric scientists.  There are over 120 National Weather Service Forecast Offices spread across the US, including Alaska and Hawai’i.

But whilst the NWS may be the biggest employer of weather professionals, they are a fully funded government agency and almost all of their products are in the public domain and free to use.  So they are not competing for weather dollars.

Amongst the private weather firms, the exact opposite is true.  The competition is fierce.  There are private forecasting firms like AccuWeather, cable TV networks like The Weather Channel, weather equipment and data vendors like WeatherCentral.

In the US, everyone does indeed talk about the weather.