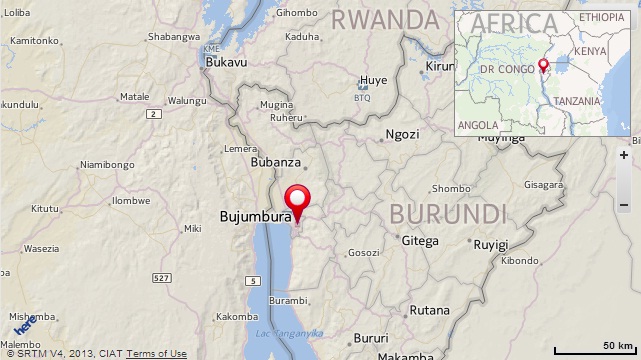 At least 50 people have been killed in flooding and landslides in Burundi, the central African country’s government has said, as a storm swept away homes and cut off roads and power.

The rains, which started Sunday night and caused flooding in northern areas around the capital of Bujumbura, also injured scores of people.

“These rains caused flooding, mudslides and landslides, destroying goods, houses and other infrastructure,” the government said in a statement posted on its website.

It said that it had identified about 50 bodies and that rescuers were searching for more victims.

The government also said it would pay for hospital treatment for the injured and for burials of victims.

Those who have lost their homes will be taken to a temporary site.

Houses in the poorer parts of town are often made of mud bricks, which offer no resistance to torrents of water and mud. Bujumbura is on a plain that lies between a range of hills and Lake Tanganyika.