A ridge and a front – Situation & outlook for Saturday 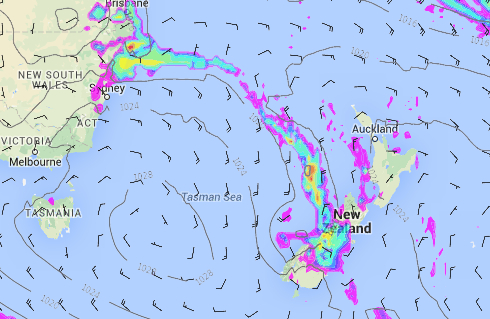 On Saturday we have a ridge lying over the North Island, while a northwesterly airflow increases over the South Island.
This comes ahead of a front, which moves onto the lower South Island around midday, then slowly northwards to reach about half way up the South Island by evening.

For Southland and Otago it’s looking cloudy with rain developing in the morning, then moving into coastal Otago after midday.

On the West Coast, showers and then rain move in to Fiordland in the morning and as with the other side, that rain activity then pushes further north in the evening.

Canterbury starts sunny with a bit of high cloud, though later in the evening looks wet as showers move in with southwesterlies.

For the western and central part of the island it’s going to start promisingly – sunny with light winds, though there may be some late evening cloud and an isolated shower for Taranaki.

And for the north, it should stay mostly sunny, though cloud and a possible shower is on the cards for Northland.