Home > News > A hot one for Adelaide this weekend...

A hot one for Adelaide this weekend 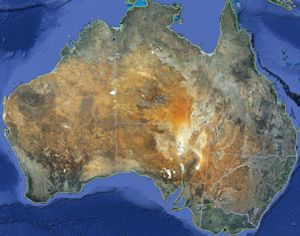 It’s been a hot end to the working week in Adelaide and the weekend is looking like a scorcher.

Adelaide reached a toasty 33 degrees by 1:30pm Friday, which is eight degrees above average.  It also kicked off the start of a scorching week for the City of Churches, thanks to a low pressure trough approaching from the west which is allowing heat from central Australia to creep over the state.

It was only expected to cool to about 20 degrees overnight.

Today will be a hot and mostly sunny day. By the time the cricket kicks off at 10:30am it will have already reached about 30 degrees. It will then warm to about 35 degrees in the afternoon, so cricket spectators will need to bring a hat and slip-slop-slap.

It will warm to the mid thirties again on Sunday although a cloudy day and a cooler southwesterly change behind the trough may keep the maximum lower than Saturday.

There won’t be much of a reprieve from the heat on Monday in the wake of the change, with a top in the high twenties expected. Heat will then build over South Australia during next week, with temperatures creeping up into the mid to high thirties by Thursday.