A change is on the way – Friday’s situation & outlook 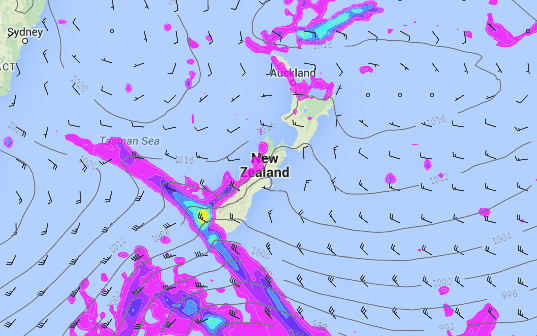 Friday is looking like the day when this change we have been expecting finally shows up – with the colder southwesterly flow making its presence felt across much of the day.

Starting at the bottom, Southland and Otago are first in the firing line, they can expect showers with a risk of hail in the morning, and even some snow down to around 300m, but these should be short lived – disappearing after lunch.

Further north, Canterbury and Marlborough are looking at getting the worst of the weather after lunch, and some snow down to 400m and 600m respectively earlier on, but these will just as quickly disappear and give way to sunny spells. Inland and South Canterbury can expect to dodge the rain, though.

The West Coast of the South Island is the best place to be tomorrow, mostly sunny in the morning with southerly winds easing during the day.