Autumn mood swings: 75% of NZ temperatures below normal today, by Friday 95% above normal 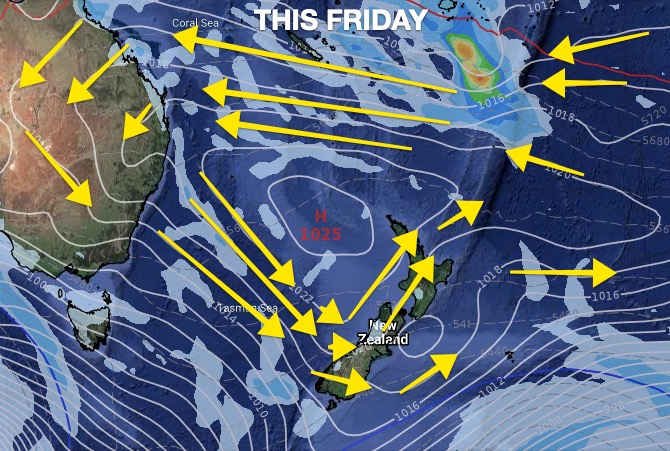 A significant cool down is spreading over NZ for the next day. Then things warm up again.

Autumn ups and downs continue as we move into May but despite the cold snap, this week leans warmer than average for more days than it is around average or below.

Today is the coldest day of the week for the South Island, the North Island gets it later today and early Wednesday.

75% of New Zealand has below normal daytime highs today, much of that the lower half of the North Island and the entire South Island.

By Wednesday about 45% of NZ will be cooler than average, around the North Island, while the South Island sees half the island warm up above normal again.

On Thursday roughly 60% of Aotearoa will be leaning warmer than average again then on Friday about 95% of NZ leans warmer.

The warmer weather this week is coming out of both the sub-tropics and the Australian interior.

Warmer than normal weather will continue through the weekend and into early next week. If a sub-tropical low forms over northern NZ next week then more sub-tropical winds may affect parts of the country.

Other than the 24 to 36 hour cold snap moving up NZ now, there are no significant cold changes on the way for the next 10 days.

The high in Gore, Southland today is just 7 degrees. It will be up to 20 degrees by Saturday.

To drill down further with temperatures, visit the world’s largest weather data website for NZ… www.RuralWeather.co.nz