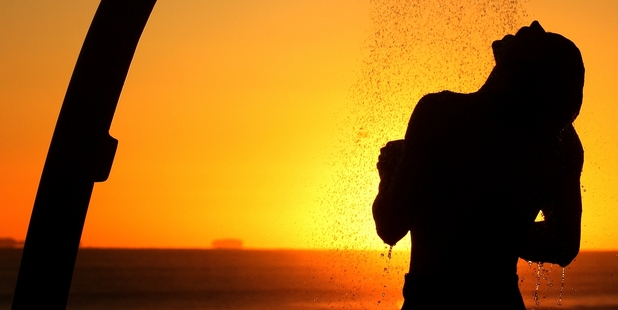 Global average temperatures will rise at least 4C by 2100 and potentially more than 8C by 2200 if carbon dioxide emissions are not reduced, according to a major climate change study published today.

The Australian study, which is in the journal Nature, found global climate is more sensitive to carbon dioxide than most previous estimates.

The research also appears to solve one of the great unknowns of climate sensitivity, the role of cloud formation and whether this will have a positive or negative effect on global warming.

In New Zealand, four degrees of warming would mean extreme rainfall events would increase by more than 30 per cent, marked drying everywhere in summer, and varying and widespread impacts on agriculture.

Under the 2200 scenario, the climate of Auckland would become equal to that of Tonga, glacier cover would vanish, and sea levels up to 3m higher would pose serious issues for our coastal centres.

“Our research has shown climate models indicating a low temperature response to a doubling of carbon dioxide from pre-industrial times are not reproducing the correct processes that lead to cloud formation,” said Professor Steven Sherwood, the lead author from the University of New South Wales’ Centre of Excellence for Climate System Science.

“When the processes are correct in the climate models the level of climate sensitivity is far higher.”

Previously, estimates of the sensitivity of global temperature to a doubling of carbon dioxide ranged from 1.5C to 5C, he said.

“This new research takes away the lower end of climate sensitivity estimates, meaning that global average temperatures will increase by 3C to 5C with a doubling of carbon dioxide.”

The key to this narrower but much higher estimate could be found in the real world observations around the role of water vapour in cloud formation.

Observations showed that when water vapour was taken up by the atmosphere through evaporation, the updraughts could either rise to 15km to form clouds that produce heavy rains or rise just a few kilometres before returning to the surface without forming rain clouds.

When updraughts rise only a few kilometres they reduce total cloud cover because they pull more vapour away from the higher cloud-forming regions.

However water vapour was not pulled away from cloud-forming regions when only deep 15km updraughts were present.

The researchers found climate models that show a low global temperature response to carbon dioxide do not include enough of this lower-level water vapour process.

Instead they simulate nearly all updraughts as rising to 15km and forming clouds.

When only the deeper updraughts are present in climate models, more clouds form and there is an increased reflection of sunlight. Consequently, the global climate in these models becomes less sensitive in its response to atmospheric carbon dioxide.

However, real world observations showed this behaviour is wrong.

When the processes in climate models are corrected to match the observations in the real world, the models produce cycles that take water vapour to a wider range of heights in the atmosphere, causing fewer clouds to form as the climate warms.

This increased the amount of sunlight and heat entering the atmosphere and, as a result, increases the sensitivity of our climate to carbon dioxide or any other perturbation.

The result is that when water vapour processes are correctly represented, the sensitivity of the climate to a doubling of carbon dioxide – which will occur in the next 50 years – means we can expect a temperature increase of at least 4C by 2100.

“Climate sceptics like to criticise climate models for getting things wrong, and we are the first to admit they are not perfect, but what we are finding is that the mistakes are being made by those models which predict less warming, not those that predict more,” Professor Sherwood said.

“This is a very significant paper, because it shows the climate sensitivity to doubling carbon dioxide is now significantly higher than formerly believed.”

I don’t know why these people get so much attention. They have absolutely no idea of what they are saying. Climate change does happen but not with CO2 levels as they are or even a lot more. Global Warming is a SHAM but the ones expected to make money out of it don’t think so. Al Gore and his mates! The worst thing we could do is go along with them and start putting taxes on carbon etc. What’s a carbon share worth in New Zealand? Has the ETS made any difference? Where has the money gone and how has it chsnged things for the better??

…what I was thinking as well…