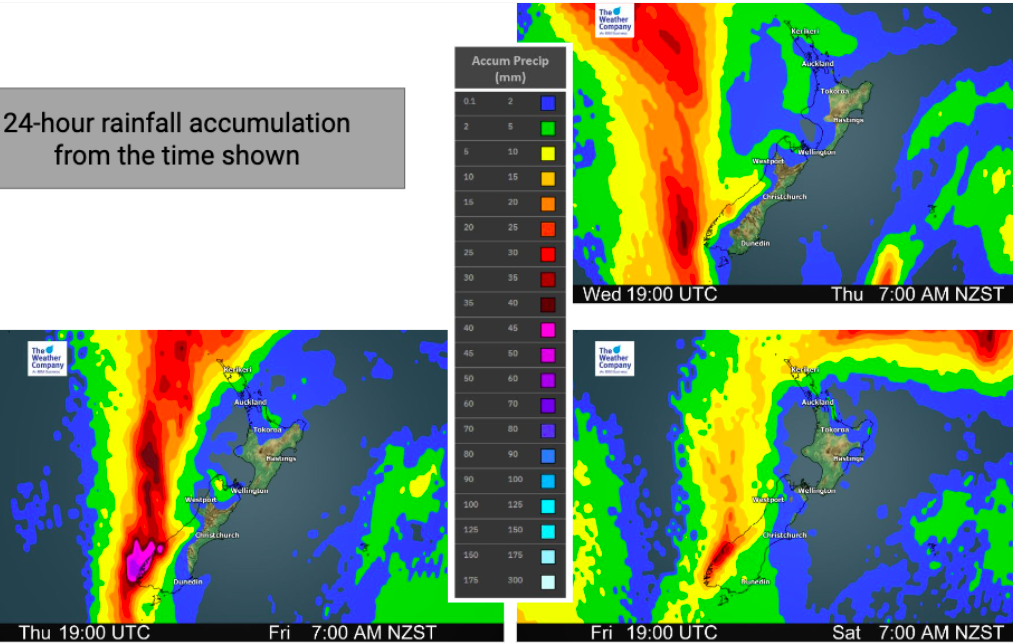 More wet weather is coming into the NZ area – but it’s not as extreme nor is it heavy falling in unusual places.

Fiordland – our rain forrest and one of the wettest places on earth – has the bulk of the rain coming up with around 150mm possible there and in parts of South Westland.

Areas that have had flooding in recent times, like Canterbury, the upper West Coast, Tasman/Nelson and Marlborough all have low totals with potentially no wet weather up to around 10 or 15mm over the next three days.

The Far North and the upper half of Northland will get brushed by some rain early this weekend and current estimates show around 30mm is possible there.

Head forecaster Philip Duncan says compared to previous rain events this one doesn’t look as concerning. “The bulk of the rain will be falling on the lower West Coast and just brushing The Far North and upper Northland. Both of these regions could do with further rain and to be honest it’s a more normal set up that previous events in July and June”.

Mr Duncan says generally speaking the east of NZ has lower totals with some parts of Hawke’s Bay, Wairarapa and north Canterbury getting no rain at all between over the next 72 hours.

For the most detailed – and accurate – rainfall data in NZ (powered by IBM Watson) please check your hyper-local forecast at RuralWeather.co.nz, or see totals and % of rain right here in your hyper-local WeatherWatch forecast.

Hi,
I found this article regarding the northern hemisphere – very interesting and indicates a second La Nina this summer for AU and NZ..??..