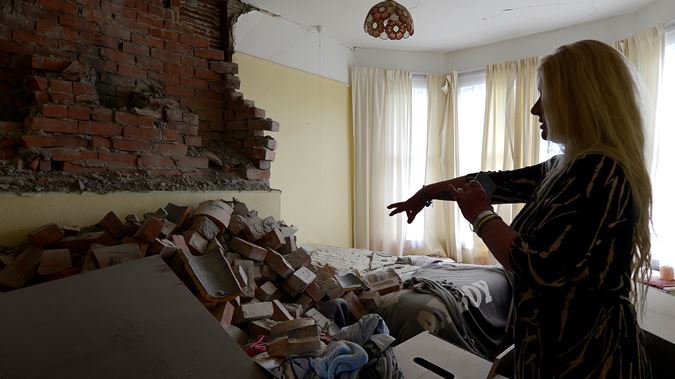 2016 has been awarded the dubious honour of most quakes ever recorded in GeoNet’s 15-year history.

“It’s been a geologically busy year,” a GeoNet spokeswoman said in a ‘year in review’ post.

On the 2nd of September at 4.37 am, an 7.1 magnitude earthquake struck 22 kilometres deep off the northeast coast of New Zealand.

The damage was minimal on land, although a small tsunami was generated.

“Now, in any other year, the M7.1 would have been the biggest earthquake in New Zealand.

“But, New Zealand was just getting warmed up.”

The 7.8 magnitude quake in Kaikoura struck a little over two months later, rupturing faults, tearing through the earth and raising the seabed off Kaikoura.

Thousands of aftershocks have followed.

The Kaikoura quake was unique for two reasons, GeoNet said.

“How it ruptured across the faults through the North Canterbury and Marlborough Fault areas and the slow-slip earthquakes triggered by M7.8.

“While we knew the faults were all there, we had only rarely seen an earthquake behave quite like this one.

“Our understanding of slow-slip earthquakes is evolving due to its relatively recent detection in 2002 in New Zealand. We don’t yet fully understand what it means to have slow-slip events triggered by the M.7.8.

“However, we are cautious as to what this might mean for future earthquakes.”