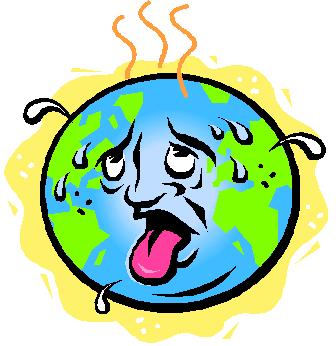 Global warming will resume its upward climb again next year, the British Met Office predicted at the UN Climate Conference in Copenhagen – forecasting that 2010 will be the hottest year recorded for the world.

The coming 12 months will be hotter than 1998, currently the hottest year in the 160-year-old instrumental record, Met Office officials said.

If a new hottest year is indeed recorded, it will undermine the argument of climate change sceptics that the actual warming of the atmosphere ceased in 1998.

This week the head of the World Meteorological Organisation, Michel Jarraud, insisted the world was “still in a warming trend”.

The new record was likely to be broken, the Met Office said, because of a combination of global warming and El Nino, the periodic, natural warming of the waters of the eastern tropical Pacific, which is pushing up world temperatures.

In 1998, the record was established because the El Nino of that year was the strongest seen.

But 2010 is likely to top it, climate scientists believe, even though the present El Nino, which began this summer and is likely to extend to next spring, is much less strong than its 1998 equivalent, and is regarded merely as “moderate”.

This implies that global warming will play an even stronger role in the average temperature out-turn for next year, although the natural variability of the climate will also play a part.

The Met Office said a record warm year in 2010 was not a certainty especially if the current El Nino was to decline rapidly near the start of 2010, or there was a large volcanic eruption, which could cool the global climate for several years.

But there is considered to be more than a 90 per cent chance that it will be hotter than 2009, which is likely to turn out to be the fifth hottest year in the global record, with an excess above the 1961-1990 average of 0.44 degrees – something the Met Office predicted precisely in its 2009 global forecast a year ago.

Since the Met Office began forecasting global temperatures 10 years ago, the average error in the predictions has been 0.06 of a degree.

The UK Met Office is still suffering some public unpopularity for having forecast, last April, that Britons would enjoy “a barbecue summer”, when – although average temperatures were considerably up on 2008 – July turned out to be one of the wettest on record.

Asked why the public should trust next year’s global forecast Dr Vicky Pope, the head of climate advice, said it was much easier to predict the global temperature that a national temperature average.

“Forecasting for the whole globe over the whole year means that the forecast is less influenced by the vagaries of small-scale regional variability,” she said. “Global forecasting has a very high level of success compared to similar forecasts for the UK.”

She added the Met Office was by no means predicting a “barbecue year”.

“A warmer atmosphere holds more moisture, so in fact there would be likely to be more rain.”