Home > News > Your weekend forecast – where will...

Your weekend forecast – where will the wind and rain be? 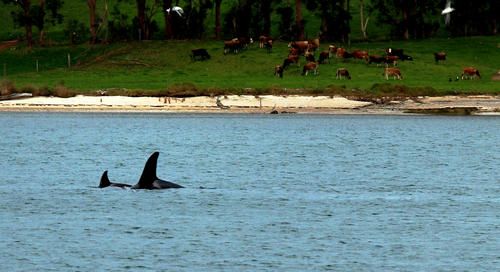 This weekend will kick off with strong winds through central areas and heavy rain on the West Coast – but don’t worry, the forecast for most main centres is mostly dry, calm and positive, says WeatherWatch.co.nz.

Windy Weather
Windiest weather this weekend is likely to be around the Cook Strait area on Saturday.   Northerlies will be gusty in Wellington for a time, and surrounding regions.

Wet Weather
The wet stuff starts off on the West Coast with some heavy falls likely before dawn, or early morning.  However as the day wears on the front will fall apart as it runs into higher pressure across the upper South Island.  Rain will ease to showers on the Coast, then fade out by night time.  A south west change in the deep south may also spark a few showers in Southland and coastal Otago during the day.  Apart from that, most places look dry with only the risk of an isolated afternoon shower here and there.

Hottest Weather
If you’re inland or in the east of both islands expect highs up to 24 degrees.  Hottest places this weekend will be Canterbury on Saturday (mid 20s), along with Marlborough, Hawkes Bay, Gisborne and BOP.

Coldest Weather
A south west change over the weekend will mean Dunedin will have a high of 21 on Saturday, but just 13 on Sunday.   Invercargill has a high of around 15 on Sunday with cooler winds.  But that’s about as “cold” as it gets – not too bad for spring.

Sunniest Weather
There will be a lot of cloud around NZ this weekend, but those in regions with ranges near them might have sunny weather – provided the wind is coming from the direction of the hills (then the clouds mostly stay on the other side). For example – a nor’wester in the South Island piles up the clouds on the West Coast and makes it sunny for Canterbury – that’s basically what we’ll see on Saturday – but across the country there will be mini-versions of this.  With light winds in the North Island it means sea and lake breezes are also possible – which tends to bring in clouds to areas that perhaps didn’t have them first thing.