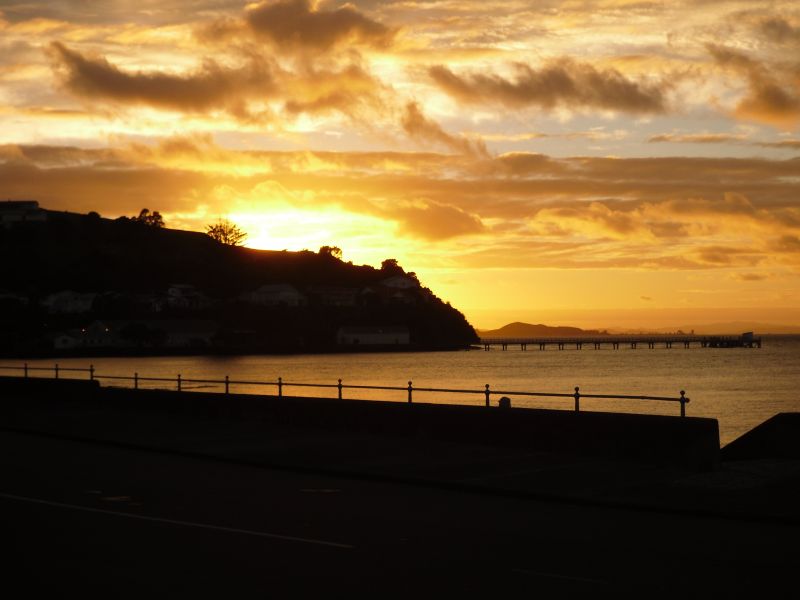 This weather is incredibly frustrating to forecast. We have fairly high air pressure over the country at the moment, which often limits the development of rain clouds. However we have several fronts around the country …some are still trying to develop while others are in a state of decay. On top of that, everything is moving at a snails pace. It can make forecasting very difficult and no doubt you’ve seen some forecast re-writes this week as computer models jump wildly from update to update and forecasters try to rely on gut instinct to help guide them along.

Now that I’ve given you my disclaimer (I hope you understand!) this is the weekend forecast for New Zealand.

What is happening exactly?
Low No.1: There is a weak low in the Tasman Sea…the air pressure is hardly considered a low though, around 1014hPa. It’s drifting down from the Gold Coast so has tapped into some warm, moist air.
Low No.2: This has slowly drifted down from the sub-tropics, was hardly even a low it was so weak and will today all but fade away. (This is the low that has brought the clouds and warmer air to northern NZ and showers to Northland in the past day).
Low No.3: A weak one will develop east of Otago in the next 12 to 24 hours, helping bring some rain to the South Island’s southern and eastern coastlines.

Surrounding these three weak lows are at least 7 or 8 scrappy frontal systems. (You may now be understanding why the forecasts are so difficult to accurately pinpoint at the moment). These fronts are lacklustre and slow moving.

You said it wasn’t going to rain…but it did
This is true.  At the start of the week I was quoted in a Herald article saying no significant rain would be on the way for New Zealand, quite possibly for the rest of the month. If you’re a farmer or someone who has a limited rain water supply you’ll know where I’m coming from. The drizzle and few showers that have dotted some areas this week has done absolutely nothing for rain water tanks or for farms. It isn’t considered “significant rain” at all. The rain coming this weekend is still very much “in the air” as far as how much will fall. I think part of my Monday prediction will be wrong – some areas in the north and north west may see a little more rain than I originally thought but at the end of the day I think, overall, it’s not going to be a big rainmaker. Put it this way – if you’re in a region that is heading towards drought conditions this weekend’s rain will not reverse that trend.

So will it rain this weekend or not?
Yes. There is rain in the forecast – at this stage our computer models are swinging from 30% confidence to 60% confidence. I think you can expect drizzly, patchy rain or showers especially on Saturday or Saturday night for northern and western parts of the North Island and southern and eastern parts of the South Island.

How much will fall?
It will be very patchy. Some areas may only see a couple of mms while others may be luckier and get up to 20mm. I’d be surprised if we saw more than that unless one of the three lows deepens suddenly.

Will it be warm?
The North Island looks to be warm – with some fairly mild nights in the mid to late teens. Saturday night may see some places not dropping below 16 or 17 degrees. The South Island looks a little cooler with a weak southerly flow moving in.

I have lots of rain in the last few days of the month, after full moon. The odd drizzle patch around now is mainly convective. The heat is coming from a northern-positioned moon, at present sitting around 19degN latitude. As the tidal variation increases the barometer falls, and it has been dropping slowly since the 9th, the southern declination. The northernmost point of the moon this month will be reached in 3 days. From 24 November onwards real rain should begin, coinciding with kingtides, the usual situation whereby sea and air work in a combined way, with unsettled and faster air currents combining greater water volumes and currents, both answering to the lunar gravitational model.

23/10 Ken Ring states “..I say it wherever possible, that the moon method is best for the timing of rain rather than amounts” (meaning useless), yet here you are again, forecasting LOTS of rain. How many other errors can you fit into a short paragraph? “convective drizzle”, “heat coming from the moon” all nested within the fundamental error of your method, as I’m sure you know, the moon does not drive the weather.

but at the end of the day I think, overall, it’s not going to be a big rainmaker.