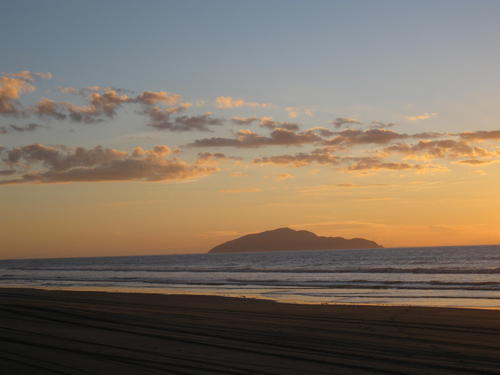 The forecast this weekend is looking more spring like than it has in a number of weeks with a classic nor’wester followed by a cool southerly – at least for the South Island.

Temperatures yesterday soared to 29 degrees in Dunedin, 28 in Alexandra and Ashburton and 26 in Christchurch, Timaru and Oamaru.

And if you’re a North Islander jealous of those much higher temperatures you have to realise that east coasters have had fairly miserable weather lately with plenty of low cloud and cold winds coming off the sea.

On Saturday the hot weather continues in the South Island’s southern and eastern areas, again highs pushing into the late 20s.

In fact, Saturday may well see the 30 degree mark reached in New Zealand for the first time this season.

In the North Island strong northerlies will blow through Wellington, which will help lift temperatures a little further north in Wairarapa. The big high that has dominated the upper North Island for two weeks will continue this weekend, but on Sunday it will be challenged by a front coming in from the Tasman Sea.

This front will see some shower activity, even patchy rain, in the lower part of the North Island and should reach Auckland with a few showers on Sunday night or Monday.

Meanwhile in the South Island a cold change on Sunday will move up the east coast. It’s not going to be aggressive but temperatures may be down as much as 10 degrees from Saturday.