YOUR STORY – More amazing snow pics and posts from our readers 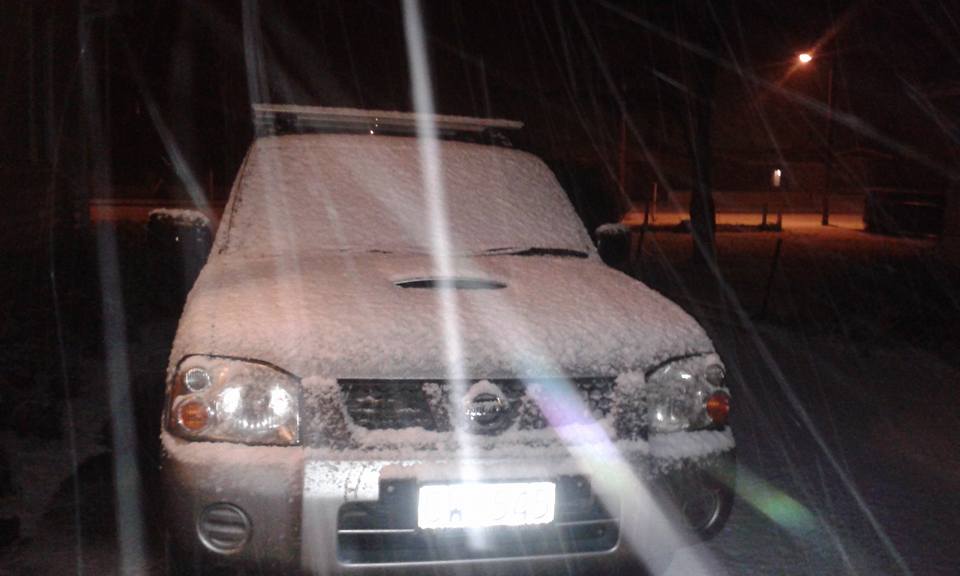 UPDATED 2:00pm: It’s been a busy last 24 hours in some parts of the country, as the season’s first serious snowfall of note has arrived.

We’ve received pictures and updates from our readers all around the country, and wanted to share some of the best ones with you!

Things have fined up a bit since this morning’s fireworks – with several pictures coming through from readers in pleasant (yet still cold) conditions, particularly in the North Island.

This came through from Emma Joines in Gisborne, where she says it’s sunny but there’s “a chilly wind”:

Helen Davies in South Wairarapa sent this through this morning too:

A little further south, Paola Brett in Wellington showed us this beautiful view of a (very cold) pretty Wellington Harbour:

Jemma Wells told us last night that it had been snowing in Dunedin since just after dark:

Another Dunedin resident, Phil Lemin, sent us this through from Halfway Bush:

Meanwhile in Queenstown, Carrie Edgerton sent us through this beauty:

Christine Anderson from Brockville in Dunedin sent through this:

Readers from Oxford, Hunters Glen and Sheffield in Canterbury also seemed to be getting snow later in the evening, with this photo sent in by Aleathea Flintoft:

At the same time, Central Otago was certainly putting on a show – with this coming from Suzy Blair in Alexandra:

We had reports of snow but no photos from Te Anau – while Hanmer also recorded a fair amount of snowfall – as shown by Liza Herkt in this photo:

There were reports from our readers of brief snow flurries as far north as Newlands in Wellington, as well as Puketapu near Napier this morning – though the bulk of the serious stuff has certainly been centered in the South Island.

Please keep these pictures and posts coming in, we love to get them – our Facebook page is one way to get in touch, while Twitter is another – click on the links and send them through, we’ll try to post as many as we can through the day!