Home > News > YOUR PHOTOS: The aftermath of hurricane ...

YOUR PHOTOS: The aftermath of hurricane strength winds in Dunedin, Otago (PHOTOS; VID) 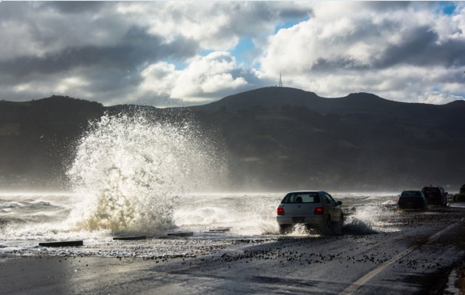 Hurricane force winds (including one gust of 170km/h) were recorded late on Thursday in southern parts of the South Island – as well as sustained gusts over 10 minutes reaching over 120km/h.

Trees, plants and debris litter many parts of Dunedin city and surrounds, along with big surf, high waves and extremely unpleasant conditions.

Check out some of our readers and followers contributions from through the afternoon, and keep sending them in – we’ll post as many as we can!

This was before the road became almost un-passable road of rubble & mess #Dunedin #WindStorm – Driving a challenge pic.twitter.com/NxFCi8nr1c

Would not like to be sailing Cook today. pic.twitter.com/spDhHg9MOA