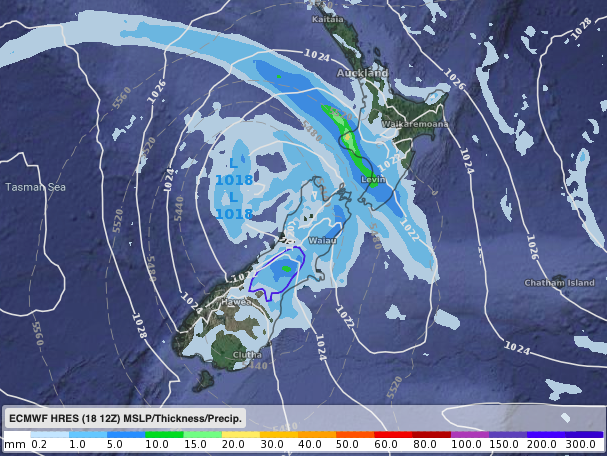 UPDATED SUNDAY AM: Generally speaking most places around NZ get roughly 24 hours of wet weather this long weekend, some may have steady rain others just showers and drizzle.

The rain band moving in to the North Island is slowing down and may arrive a little later (and linger a little longer) for some places.

The Maps below show the weather set up at 12 Noon Sunday and Monday.

*THIS IS THE FINAL UPDATE FOR THIS PAGE*

EASTER SUNDAY:
Rain slowly moves in to the south western North Island and rain/showers moves up the eastern & upper South Island – while it clears from Fiordland and Westland.

Northern and eastern parts of the North Island may be fairly sunny and dry for Sunday (perhaps drier than originally thought – but this means Monday may be wetter due to the slow moving nature of the front). Further south and Wellington and maybe parts of Wairarapa look fairly wet today. The front will slowly move northwards this afternoon but may not reach the upper North Island until midnight or early Monday now.

For farmers needing rain there may be some heavy falls in the western side of the North Island on Sunday and overnight into Monday but these falls look isolated/hit and miss.

Heavy falls are expected around Taranaki and a few other areas as the front moves northwards slowly. 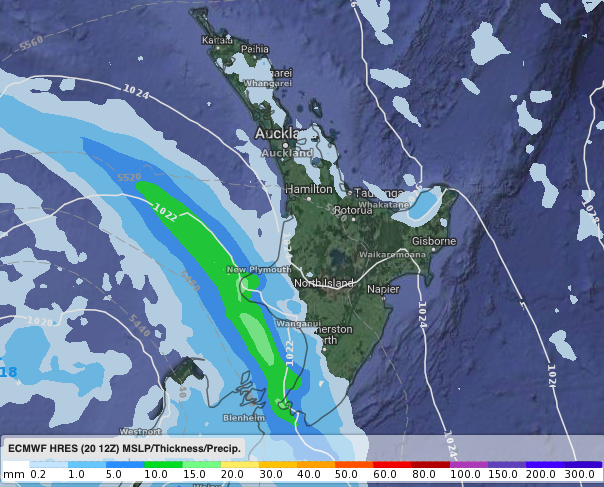 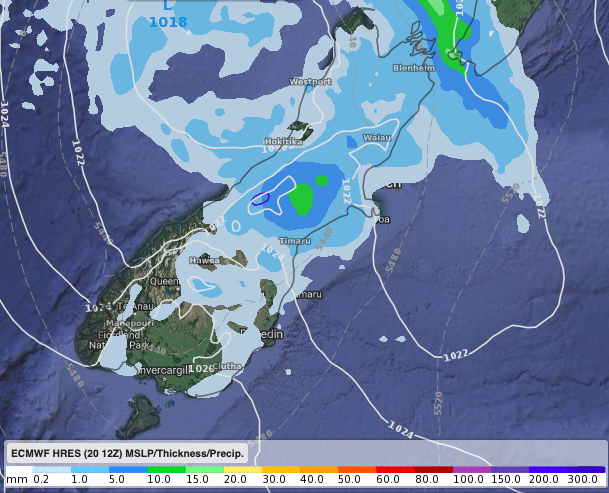 EASTER MONDAY:
High pressure grows again from the south across the South Island with mostly dry and sunny weather moving back in to the lower half of the island and much of the West Coast and gradually spreading into the upper North Island later too, clearing away remaining rain and showers.

But the low lies stuck around Taranaki and while very weak it will bring more cloud, rain and showers to the North Island – and likely lingering longer into the afternoon for some areas. Some isolated heavy falls expected in central and western areas.

Please refer to your local 10 day forecast from WeatherWatch.co.nz for more specifics, including hourly forecasts for 10 days in over 2000 NZ locations. 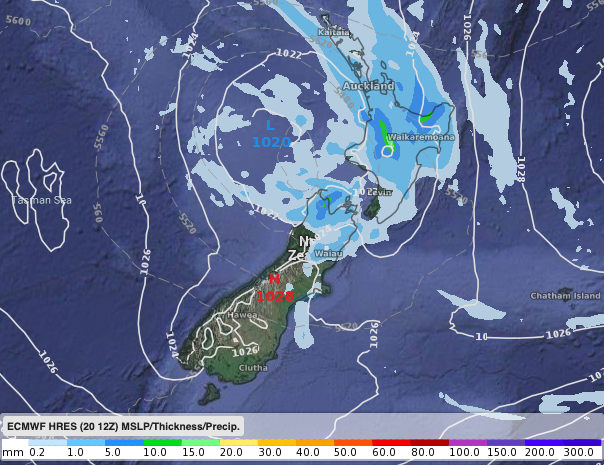 When is the Easter tracker coming on

Hi Zac, our first forecast will be in early April 2020.

Which region are you in?

i live in kaiapoi……its been very dry here also….something like 40mm in 3 months