Your official Easter Weekend forecast – and it’s not looking too bad for most! 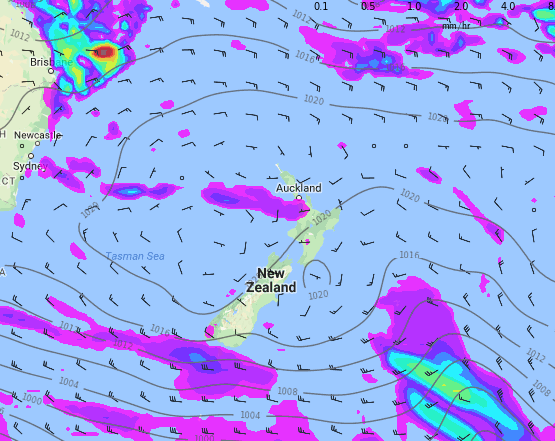 UPDATED 9am Tuesday — Easter Weekend is nearly here and many will have four or five days off work or school to enjoy it. Easter is well known for having rough weather, situated at that general halfway mark between the longest day of the year in late December and the shortest day in late June.

However Easter 2018 is shaping up pretty positive for most (not all) regions with mostly light winds and warm days.

Here’s a basic New Zealand-wide forecast for the long weekend.

GOOD FRIDAY:
A few showers possible first thing around Northland – and potentially before dawn in the Auckland region. Dry everywhere else with mostly light winds nationwide thanks to a large high centred over central NZ. Perfect positioning! Showers in Fiordland.

SATURDAY:
A cold front in the Southern Ocean clips the lower South Island, breaking the front in half and sending rain up the West Coast and a few showers possibly up to Taranaki. It fizzles out by the time it reaches the upper South Island at night. Most other regions are dry but a few spits are possible briefly in Southland and Otago and a couple showers may also affect Northland. Winds are light in the North Island with a stronger westerly flow over the South Island.

EASTER SUNDAY
A bit of cloud and a few light showers in the western side of both islands, as far north as Auckland but even then it will be mostly dry there – and dry elsewhere. Winds are light in most places on Sunday.

EASTER MONDAY:
Dry and settled for the North Island, just a shower risk for Northland. Rain retuns to the West Coast with heavy falls. A few showers may affect the North Island’s west coast. Most other places are dry with north to north west winds picking up again from Cook Strait southwards.