Home > News > Yet another front decaying...

Yet another front decaying 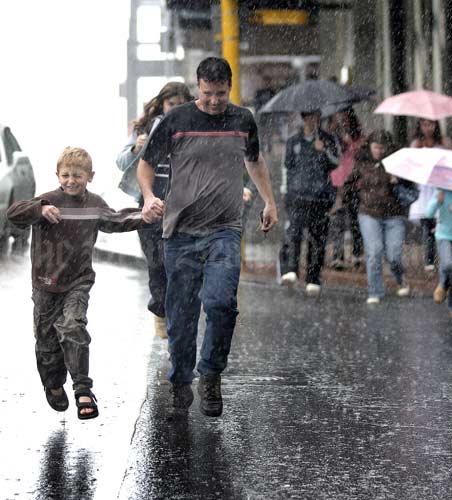 Not for the first time this week a front is sweeping up the country but once again it’s looking fairly innocuous as it heads north.

This one might see a little more moisture however it is already breaking up this morning therefore Auckland shouldn’t see much out of it. Isolated showers are more likely across many parts of the country today rather than an extensive band of rain or showers but if they do arrive they would be welcome in most areas.

Cooler air behind the front will be more noticeable over southern areas and temperatures are likely to fall short of the twenty degree mark in southern and eastern areas of the South Island.

“This time last week it was certainly warm so the last couple of days have been a little fresh” says Weather Analyst Richard Green.”Still though the warmth looks set to return from Friday onwards with the return of sunshine if not as soon as tomorrow” he said.

“At the moment the two islands may as well be in two different countries as the temperatures have been poles apart” according to Head Weather Analyst Philip Duncan.”The North Island yesterday remained in the twenties whereas Mainlanders were seeing more than half the centres staying in the teens”.

Overnight lows were a little cool over the south but the north was fairly close to average if not a fraction higher in places.Warmest areas were over southern parts of the North Island with 17 degrees in numerous centres and the coolest centre was Timaru with 9 degrees.

The long range forecast through the weekend and early next week is looking relatively settled for many regions nationally and a handful of showers looks like the only outcome at this stage for those wanting something more substantial.

Homepage image is a reminder of what rain can be like in Auckland for those who are struggling to remember.By Teara.