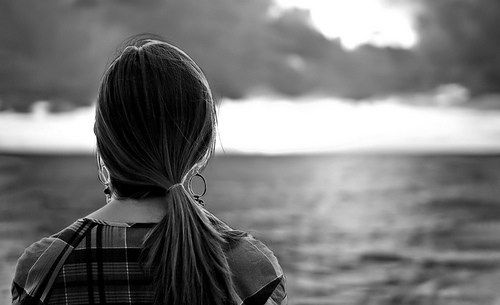 When I was growing up I remember hearing my Nana say how much the weather had changed and that the long and hot summers of years ago were fantastic but the seasons were so different.

Now that was basically forty years ago and I’ve wondered if that was a fact or just our memory playing tricks on us.

Even today we hear some people saying how the winters and summer of the past were hotter and colder and now the seasons are all a little bit of a mish mash and we can expect anything at anytime.

Again is that true or have our seasons been constantly changing from day one?

Sometimes I wonder as the years roll on if our stories can actually grow in size and what was once a misty few days can become the darkest winter in living memory or that a week or so of high temperatures can become stinking hot summers.

The facts and figures seem to show that there were indeed summers that were warm many decades ago but also they were averaged out by some fairly ordinary ones.
There were some harsh winters like in 1939 and 1945 but again there were also milder winter seasons which seem to have slipped from a few memories.

Do we have some sort of romantic notion that some seasons in years gone by were more defined than they are now or were there also a mix of hot and cold and sunny or wet days just like there are now?

Image of seasons gone by

i know im only 35 but i remember summers being alot less rainy and alot less cloudy and miserable.. summers in primary and intermediate and highschool were always sunny and the odd bad day and winters were alot colder i believe..i use to see frozen birdbaths and shallow pools of water frozen in winter and alot more fogs and frost..and im from west Auckland.. now these days i hardly see that and winter doesnt seem the same anymore it seems alot warmer.. All i know is ive never seen a more miserable summer ever.

Another reason can be is a large % population lives in the main cities these days (where the weather can be constantly inclement) compared to the smaller towns even closeby that they may had lived during their youths too,ie compare Auckland with Tauranga or Gisborne,Wellington to nearby Masterton or Blenheim.

“Constantly inclement” is a gross exaggeration. Nowhere in NZ is reliable enough to always deliver a summer that is “long, hot”, or for that matter sunny. I certainbly would not quote Masterton as a sunny summer clime – it isn’t particularly so at all. I can easily cite cool, wet or very unsettled summers of that period. The first time a Plunket Shield match was completely washed out was in Napier in January 1971 – a month that though warm and dry in the west, was very cloudy in some of the east, with record low sunshine at Napier and Blenheim. For those in their 80s or so, there is one summer (1934-35) which I suspect serves as a basis for their recollections – it was the warmest on record for much of the country. However several other summers in that decade were quite inhospitable.
Some very poor summers in Gisborne and Hawkes Bay occurring 40-60 years ago were 1950-51, 1952-53, 1960-61 (the latter improved a little in February though). 1957-58 was one of the worst ever for a large portion of the South Island.

i have photographic evidence (!) from growing up in papatoetoe in the 1950’s, of me with barefeet and legs and just a cardigan over my dress in june 🙂
so maybe our memories are more accurate than we think!