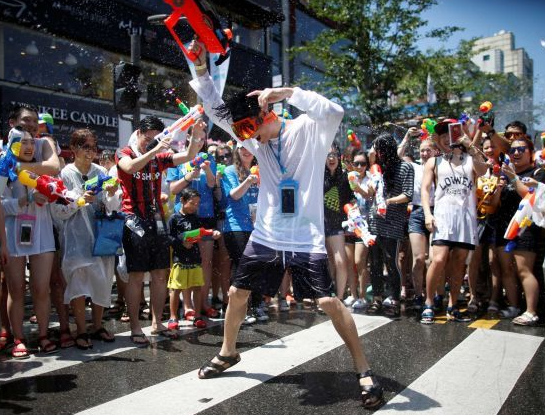 In a bid to beat the summer heat, South Koreans have taken part in a huge water gun fight in the streets of Seoul.

The fight is part of the fourth Sinchon Water Gun Festival, which kicked off on July 9.

The festival, which is held in the Yonsei-ro area of Sinchon, runs for two days and also includes a grand parade and concert, according to the Visit Seoul website.