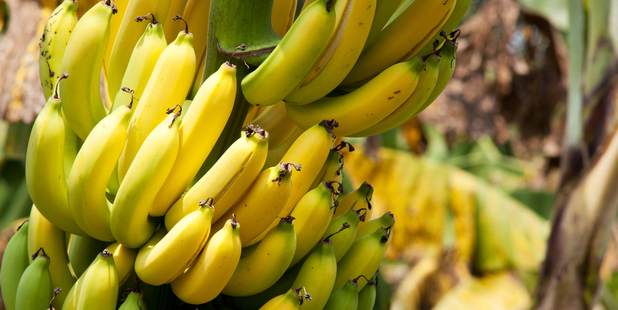 The world’s supply of bananas is under threat from plagues of bugs and fungal infections which could be disastrous if they continue to spread, researchers say.

The government in Costa Rica, one of the biggest suppliers of the fruit, has already declared a “national emergency” over the state of its crop.

The country’s half-a-billion-dollar banana export industry has been hit by two separate plagues of mealybugs and scale insects, with up to 20 per cent of its produce written off.

“I can tell you with near certainty that climate change is behind these pests,” she said. The insects weaken plants and cause blemishes on fruit, leading to vast batches being rejected.

Ms Gonzalez said there were serious concerns the country would not meet its export agreements.

Meanwhile, a Scientific American report warned of a variant of banana-eating fungus which is currently threatening key plantations around the world.

Scientists believed the disease, caused by the fungus Fusarium oxysporum f. sp.cubense (Foc), was limited to parts of Asia and Australia. Yet it has now been found in Jordan and Mozambique, and in a new strain to which the vast majority of bananas are susceptible.

Gert Kema, a Fusarium researcher at Wageningen University and Research Centre in the Netherlands, co-authored the report on the disease in Jordan.

He told Scientific American: “I’m incredibly concerned. I will not be surprised if it pops up in Latin America in the near future.”

Combined with the threat of bugs, researchers said the Foc-TR4 strain could threaten banana exports across the whole of Latin American and the Caribbean – which accounts for more than 80 per cent of the world’s supply.

It is a major concern, but something the scientists have been warning of for a long time now. All the same, far better to eat a bruised banana than some creation by Monsanto … and that is the far bigger threat.