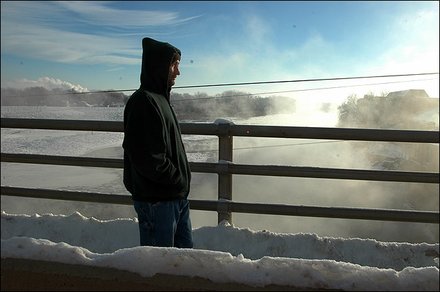 WeatherWatch.co.nz bring you the latest weather headlines from across the globe.

Parts of New South Wales came under fire yesterday with severe thunderstorms and there’s a good chance that further storms could sweep the state this afternoon.

Britain shivered through one of its coldest nights on record as the thermometer plunged to nearly minus 18 degrees in northern England.

More snow and extreme cold is expected to hold its grip over parts of Europe this coming week which continues the very bleak trend that began on January 24.

The six nations match in Paris was called off between France and Ireland this morning due to very poor pitch conditions as the temperature was minus 8 degrees and conditions were very icy.

Bitterly cold air is moving from the mid west across to eastern areas of the US following one of the warmest Januarys on record.

Toronto, Canada remains under a extreme cold weather alert as very icy winds are likely to make it feel close to minus 20 degrees in the city.

Sapporo, Japan continues its freezing winter with temperatures dropping below minus 10 degrees although under mainly clear skies but with very severe frosts.