World Weather – Back on this day… 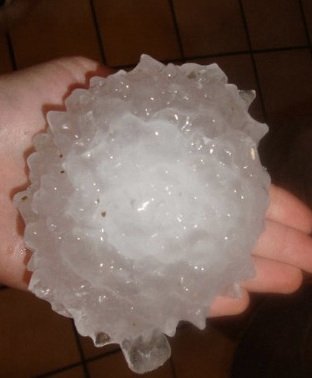 Significant weather events took place on this day across the globe over the decades and even centuries, ranging from tornadoes to hail storms.

1825 A hurricane moving from Cuba to New England caused major damage along the US coast from Florida to New York. The hurricane was first reported at Santo Domingo on 28th May before reaching Cuba on 1st June and Charleston on 2nd June. Finally on 4th June the hurricane caused major damage to New York harbour with the peak of the storm coming in the evening. Meanwhile, across the New York area countless trees were blown down whilst also on the 4th Washington was wet all day and in Philadelphia trees were blown down.

1902 Europe’s widest tornado on record touches down at Javauges (Haute-Loire) killing one person. The tornado track was 7km long and 3km wide.

1903 A tornado thought to be EF2 – EF4 kills 104 and injures another 180 at Gainesville and New Holland in Georgia,USA. Most of the deaths occured when the tornado struck a cotton mill in Gainesville. The tornado then strengthened and moved into New Holland where 40 were killed. This tornado is the joint 16th deadliest on record in the USA.

1907 Both Argentina and South America record their coldest night on record as lows at Sarmiento dropped down to -33C.

1959 An 85 minute long hailstorm at Salden, Kansas dumps 45cm hail on the town. Temperatures were 26.7C at the start of the storm but dropped as low as 3.3C at the height of the storm.

1975 Widespread sleet and snow showers over the UK. Snow settled for a time in Buxton, Derbyshire and on hills south of Birmingham, Edinburgh, Newark, Grantham and Peterborough.
Snow was in Cambridge and Colchester and sleet showers were reported in southern England, for example at Portsmouth. This is the latest in the year that such widespread snow occurred over the UK since at least the late 19th century.
Just over a week ago a similar situation occurred however it didn’t fall as late as early June.